Warriors scouting staff is prepared for busy weeks ahead 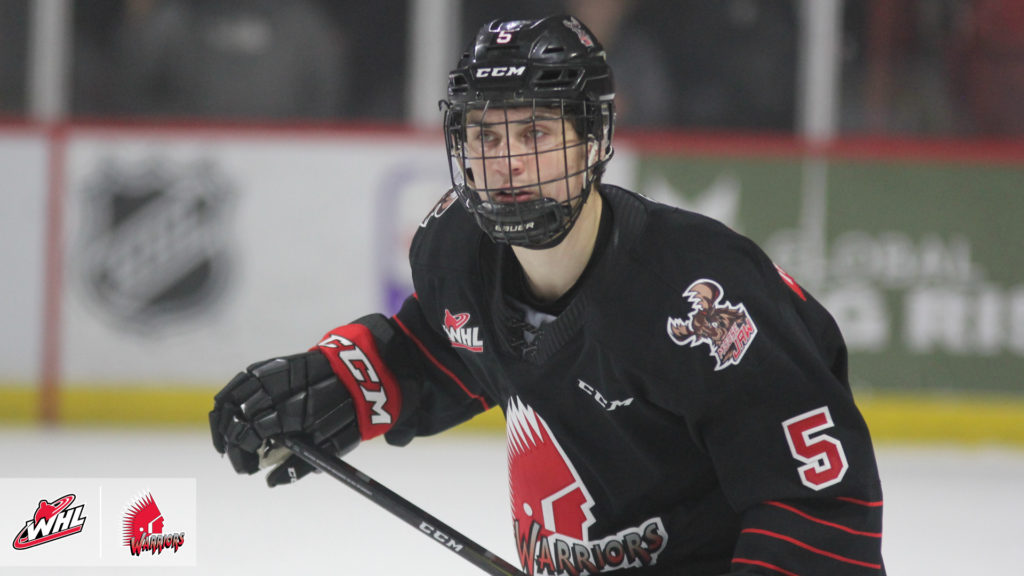 The regular season is winding down for the Moose Jaw Warriors, but the action is ramping up for the organization’s scouting staff as they prepare for the 2020 WHL Bantam Draft.

The Warriors will hold one of the top picks in the upcoming draft, meaning the work done by the scouts over the next two months will be very important heading into draft day on May 7 in Red Deer, Alta.

“We have a first, second and third-rounder, we expect to do our best and hit some home runs,” Warriors Assistant General Manager Jason Ripplinger said.

This year’s draft is loaded with talent, including three players considered to be among the best prospects — Connor Bedard from the West Vancouver Academy midget prep team, and Saskatoon Contacts forwards Brayden Yager and Riley Heidt.

“We would take all three,” Ripplinger said. “All three are special players, they’re all different, they all bring a skill level, they compete, they’re smart and they can skate… One of those three would be great to have as a Warrior.”

The Warriors will find out where they pick in the first round following the WHL Bantam Draft lottery after the regular season wraps up later this month.

While Ripplinger would rather see the team make a deep playoff run, he says knowing where the team will be picking is a nice benefit to have.

“This way, you wake up every morning, knowing you’re going to get one of these three,” he said.

“I love the pressure, it doesn’t matter when we’re picking, I feel there’s pressure every time to make the right pick.”

Leading into draft day, the scouts will be travelling across Western Canada to focus in on the players that they feel will make good Warriors.

It started with the SaskFirst Bantam Tournament in February and continues with the Manitoba Cup from Apr. 17-19 in Winnipeg,Man., the B.C Cup in Burnaby, B.C., from Apr. 24-26 and then the Alberta Cup in Red Deer from Apr. 29-May 3.

“I bring Todd [Ripplinger] and Mark [Blair], they’re our senior guys, they come in for all the events and then the other area guys will split them up. We’ve all seen all these players, so they all have an opinion on them,” Ripplinger said.

Getting to see the draft-eligible players from each province on the ice together can help the scouting staff make their decisions on players, but Ripplinger says it is not the only thing they consider when selecting players on draft day.

“It affects it, but we’ve watched these players all year, so if they have a bad weekend, I’m not going to hold that against them, we’ve seen them enough to know what kind of players they are,” Ripplinger said.

Ripplinger was also recently in Seattle, Wash.     for the inaugural WHL U.S. Challenge Cup, which featured many of the top-rated U.S.-born players competing at the same time.

Those players will be eligible in the first-ever WHL U.S. Prospects Draft to be held on Wednesday, Mar. 25 with the Warriors picking 20th in the first round and 25th in the second round.

“The talent was good, [the WHL] brought some good American players and it was a chance for us to see them in one spot,” Ripplinger said.

“It educated [the players] about the Western Hockey League, also when we get a chance to talk to some of these players, we were able to educate them about the Moose Jaw Warriors and what we bring.”

There will be 44 players selected during the U.S. Prospects Draft and the rest of the American-born players will then be eligible in the WHL Bantam Draft.

“Our strategy is we’re just going to go out and get the best players and players that are committed to coming to the Western Hockey League,” Ripplinger said.

The scouting staff is focused on the future of the team and that includes the players already in the team’s system.

Midget AAA leagues across Western Canada are into their playoffs and the Canadian Sport School Hockey League (CSSHL) Championship tournament is coming up as well.

The Warriors have had some of the top performers in the CSSHL this season with goalie Kyle Kelsey from the Burnaby Winter Club winning the Goaltender of the Year award in the Elite 15 division.

“He’s been great, the first time we watched him was at the WHL Cup against his peers, but throughout the year here, he’s made some big steps,” Ripplinger said.

Forward Thomas Tien was also nominated for the Elite 15 division’s Most Valuable Player award after posting 33 goals and 77 points in 34 games with St. George’s School.

“Thomas Tien has been great, I’ve watched him a couple of times this year and every game, he doesn’t change, he works, he works and he’s got some good skill too, so he’s had a great year,” Ripplinger said.

Heading into the tournament, Ripplinger says they will be focusing on getting a look at their top prospects, as well as players available heading into the bantam draft.

“The beginning of the tournament is the Bantam Prep and Elite 15, so it will give us a chance to go watch some of our list players that we haven’t seen as much as we wanted to throughout the year because of schedules, and then we get into more of the bantam towards the end of the week,” he said.

The Warriors close out their regular season with nine games over the next two weeks.

With the regular season winding down, our scouting staff is preparing for the busy weeks ahead in preparation for the 2020 WHL Bantam Draft