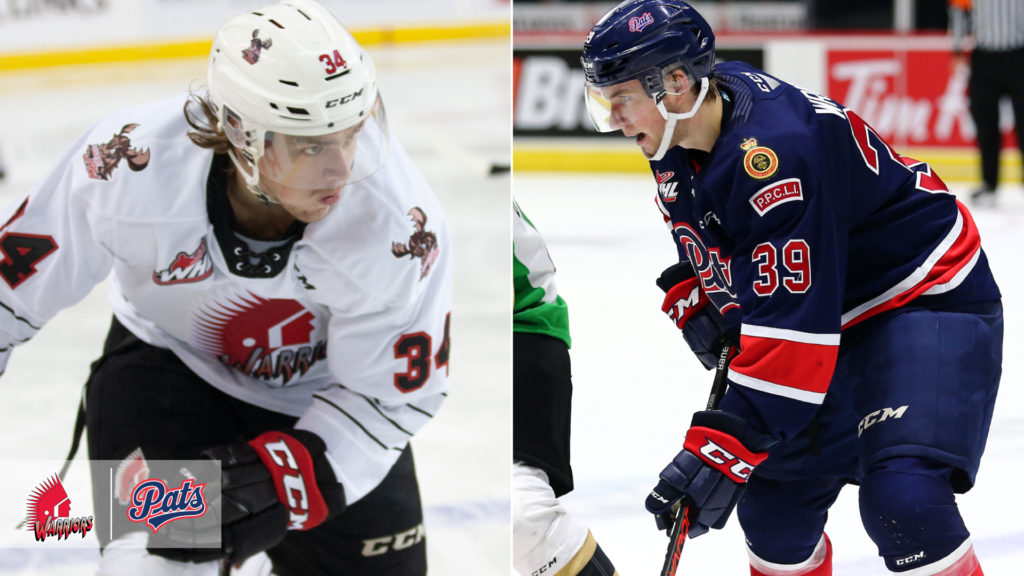 “We are pleased to add Garrett Wright to our hockey club,”  commented Warriors General Manager Alan Millar. “As an 18-year-old he fits in well with what we are building here and we believe he has very good upside in his game. Garrett is a solid player with good skills.

“I’d also like to thank Carson Denomie on his time with our team and wish him the best.”

The 6-foot-1, 182-pound product of Mesa, Ariz. has seven assists in 17 games with the Pats this season. Originally listed by the Pats, Wright has appeared in 80 WHL regular season games with the club, posting 18 points (7G-11A).

Heading the other way in the trade is the 19-year-old Denomie, who returns to his hometown of Regina, Sask.

A 6-foot-0, 196-pound left wing, Denomie has 13 points (5G-8A) in 19 games this season, including four power-play goals. Denomie was originally selected by the Kamloops Blazers in the fifth round, 100th overall, of the 2015 Western Hockey League Bantam Draft.

“We are happy to add Carson to our forward group,” said Pats VP of Hockey Operations and General Manager John Paddock. “He is a hometown kid and off to a great start this year.”

The Pats are in action next on Tuesday, November 18 (7:00 p.m. CT), hosting the Swift Current Broncos. The Warriors return to action on Friday, November 22 (7:30 p.m. MT) when they take to the road against the Medicine Hat Tigers. 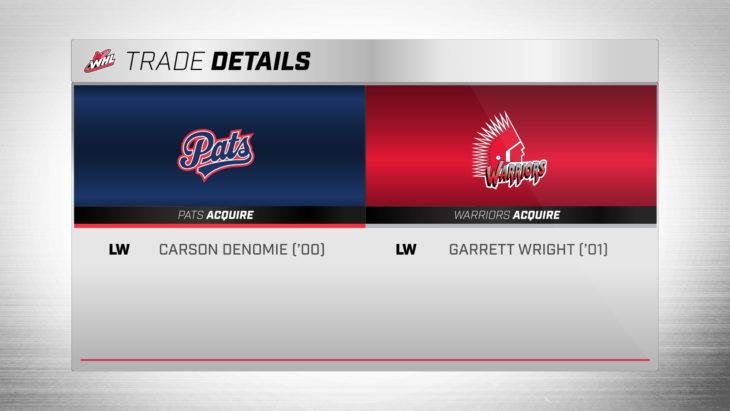