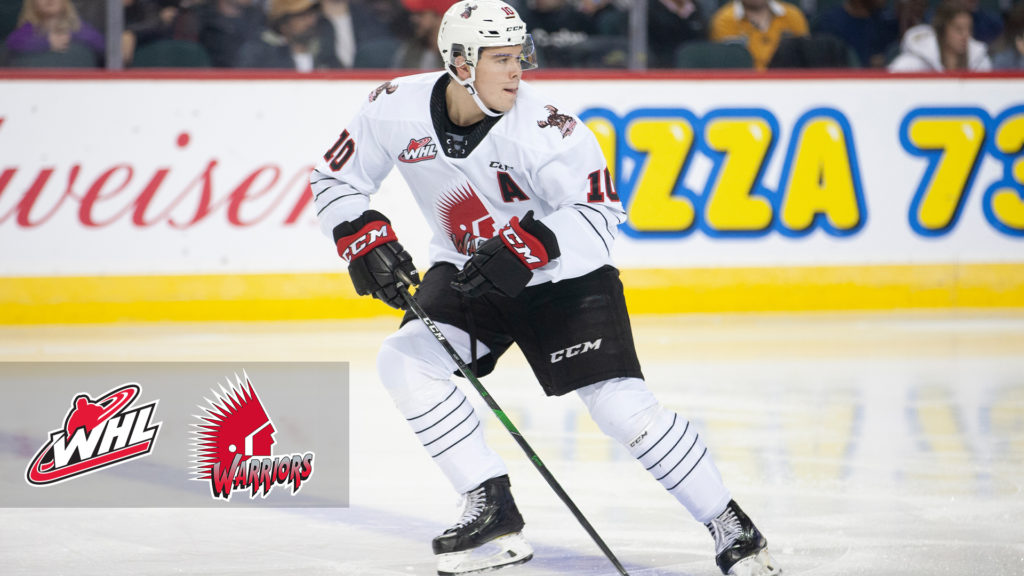 Moose Jaw Warriors General Manager Alan Millar and Head Coach Mark O’Leary have announced that 18-year-old Daemon Hunt has been named Captain ahead of the 2020 – 2021 season.

“Leadership is all about influence,” commented Head Coach Mark O’Leary.  “Daemon’s attention to detail, professional preparation, and unmatched compete level make him a natural leader.  I know Daemon is excited and is ready for the responsibility.”

Hunt was drafted by the Warriors 15th overall in the first round of the 2017 WHL Draft.  Entering his third season with the Warriors, Hunt has 29 assists and 37 points in 94 career games.  He was selected by the Minnesota Wild in the third round, 65th overall, at the 2020 NHL Draft.  He is the 34th Captain in team history.

“Our Assistant Captains all bring different qualities that are a big influence on our team,” O’Leary said.  “Starting with their effort and compete level, as well as their ability to bring our group together and hold each other accountable.  They will have a big impact on our player environment and meeting the standards of our culture.”

Popple and Korczak will have a letter on their jersey full-time, while Doust and Anderson will alternate between games.

Daemon Hunt (@DaemonHunt22) has been named the 34th Captain in Warriors history.