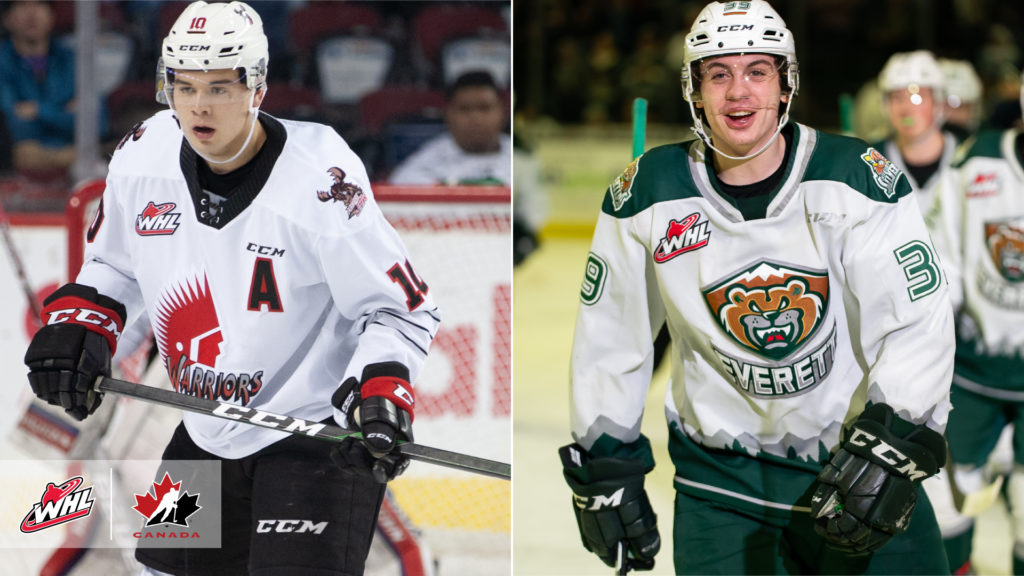 Hunt and Goncalves join 15 other WHL players and six team staff who will participate in the virtual camp at the end of July.

Hunt, a native of Brandon, Man., appeared in 28 games with the Moose Jaw Warriors this season, recording 15 assists. He played for Team Canada Black at the 2018 World Under-17 Hockey Challenge, represented Canada at the 2018 IIHF U18 World Championship, and won a silver medal at the 2019 Hlinka Gretzky Cup. He is eligible for the 2020 NHL Draft, ranked 25th among North American skaters by NHL Central Scouting.

Goncalves, a native of Mission, B.C., appeared in 60 games with the Everett Silvertips this season, collecting 71 points (33G-38A). Eligible for the 2020 NHL Draft, Goncalves is ranked 80th among North American skaters by NHL Central Scouting. This represents the first appearance with the Program of Excellence for Goncalves.

The 2021 IIHF World Junior Championship returns to Canadian ice this December, with Edmonton, Alta. and Red Deer, Alta. set to co-host the annual holiday tradition. Games will be played at Rogers Place, the home of the NHL’s Edmonton Oilers and the WHL’s Edmonton Oil Kings, and at the Westerner Park Centrium, home of the WHL’s Red Deer Rebels.

UPDATE | Four defencemen and one forward have been added to the roster for Canada's National Junior Team @SportChek Summer Development Camp.