Warriors’ Howden named WHL On the Run Player of the Week 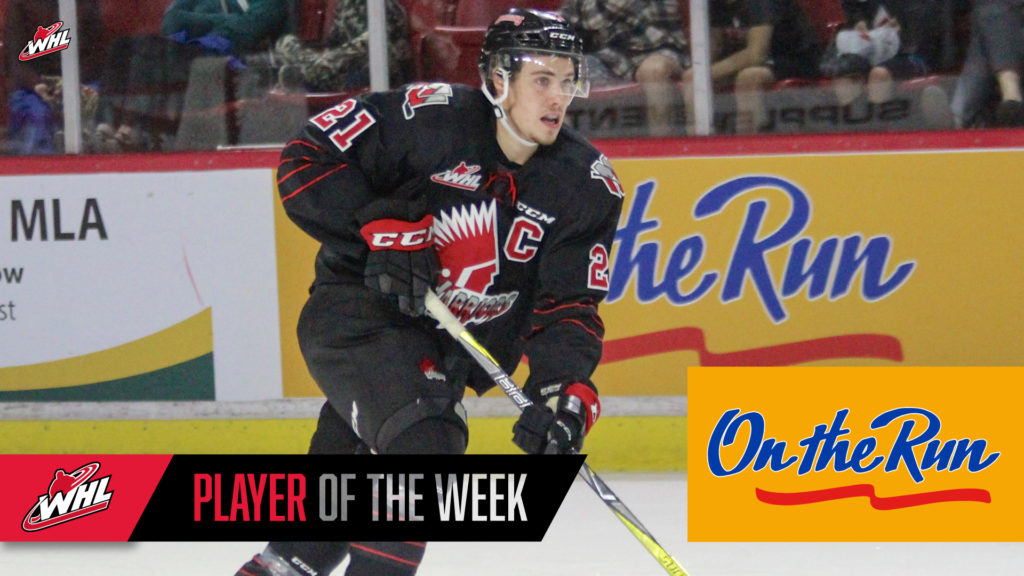 Calgary, Alta. – The Western Hockey League announced today Moose Jaw Warriors center Brett Howden has been named the WHL On the Run Player of the Week for the week ending October 29, 2017.

Howden, a first-round selection of Tampa Bay Lightning in 2016 (27th overall), collected seven points (5G-2A) in three games this week as the Warriors wrapped up a seven-game road trip.

Tuesday, Howden registered a pair of goals and an assist in a 6-4 win over the Portland Winterhawks to help the Warriors become the first team in the Eastern Conference to reach 10 wins this season. The Warriors captain scored twice at even-strength and picked up an assist on the power play to factor into the Warriors’ first three goals against the Winterhawks.

After scoring a single goal in the Warriors’ loss to the Tri-City Americans Wednesday, Howden helped his team return to form against the Medicine Hat Tigers in a 9-1 victory Friday with another three-point effort. Howden scored a pair of even-strength goals and picked up a short-handed assist to close out his team’s road trip.

Howden, a 6-foot-3, 198-pound product of Oakbank, Man., presently sits third on his team with 19 points (9G-10A) in 13 games and will look to extend a three-game point streak when the Warriors open up a home-and-home with the Prince Albert Raiders Thursday, November 2 (7:00 p.m. MDT) at Mosaic Place. Howden will also bring his skills to Team WHL for the CIBC Canada Russia Series next week, where he’ll be part of the team’s leadership group.

WHL On the Run Player of the Week