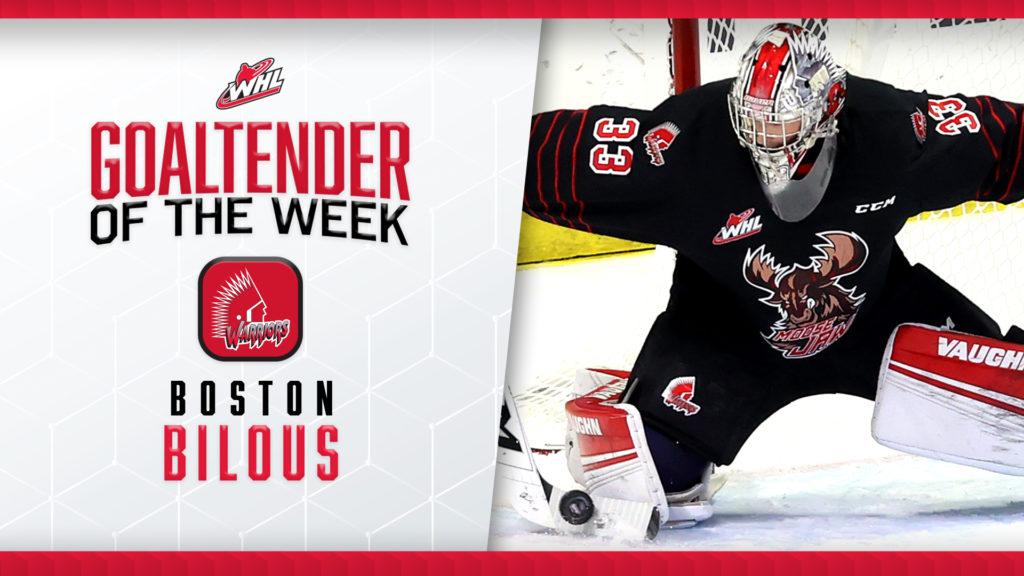 Bilous, 20, helped the Moose Jaw Warriors get out to a perfect 2-0-0-0 start as the WHL’s East Division returned to action this past weekend. The veteran netminder has a 1.90 goals-against average and .920 save percentage to his name through two games, having stopped 46 of the 50 shots sent his way.

Opening the campaign on Friday, March 12 against the Brandon Wheat Kings, Bilous turned aside 19 of 22 shots as the Warriors eked out a 4-3 overtime win.

The product of Langley, B.C., followed on Sunday, March 14, with a 27-save performance that backstopped the Warriors to a 2-1 shootout victory over the Prince Albert Raiders. Bilous also turned aside Matthew Culling and Spencer Moe in the shootout, giving Moose Jaw its second victory to start the year.

Next up, Bilous and the Warriors will take on the Regina Pats on Tuesday, March 16 (8 p.m. MT) from the Subway WHL Hub.