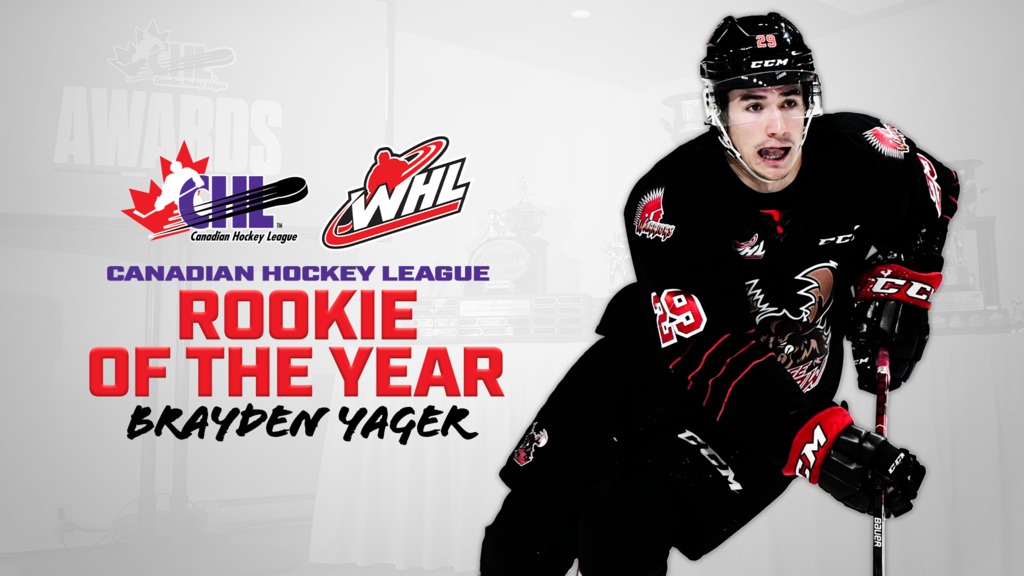 Yager, who turned 17 in January, is the first Moose Jaw Warrior to be named CHL Rookie of the Year, and also represents the first WHL player since Brett Connolly of the Prince George Cougars (2008-09) to win the award.

A product of Saskatoon, Sask., the 6-foot, 161-pound Yager was originally selected third overall by the Warriors in the 2020 WHL Prospects Draft. In 87 career WHL regular season games, he has notched 77 points (41G-36A).