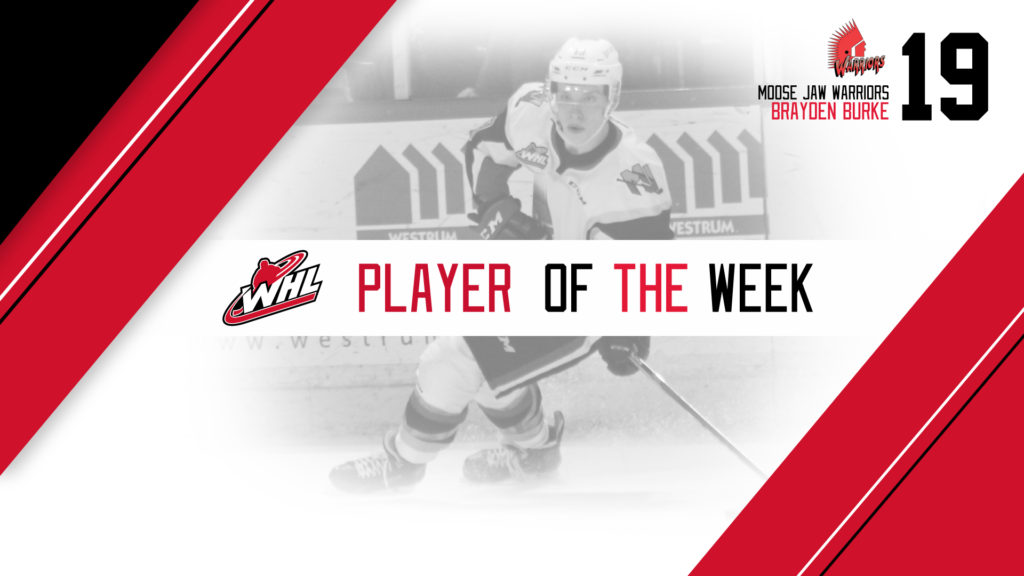 Calgary, AB – The Western Hockey League announced today that Moose Jaw Warriors forward Brayden Burke has been named the WHL Player of the Week for the week ending January 8, 2017.

The 5-foot-10, 170-pound left winger and product of Edmonton is in his first campaign with the Warriors after a mid-season trade from the Lethbridge Hurricanes. Originally a seventh round pick (145th) of the Red Deer Rebels at the 2012 WHL Bantam Draft, he has collected 200 points (47G-153A) in 152 career WHL regular season games.