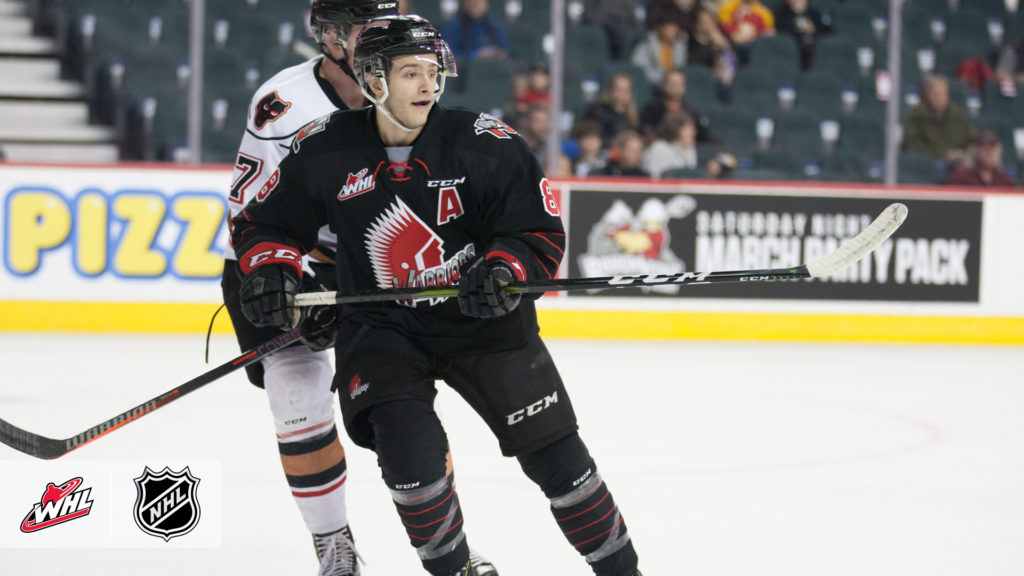 Almeida was selected by the Penguins in the fifth round, 129th overall, of the 2018 NHL Draft last June.

The 5-foot-11, 160-pound product of Kitimat, B.C. has been an offensive leader for the Warriors and in the WHL over the past two seasons.

This year, Almeida has 99 points (29G-70A) in 60 games, including 14 power-play goals, three short-handed goals, and two game-winning goals. His 99 points are tied for third in the WHL entering play Saturday while his 70 assists lead the WHL.

As part of his 99 points, Almeida has 29 multi-point games, led by six-point game on December 15, 2018 against the Regina Pats. He also has five four-point games, six three-point games, and 17 two-point games. Almeida is also a two-time WHL On the Run Player of the Week winner this season, earning the honours for the weeks ending January 21 and January 28.

Entering play Saturday, Almeida has led the league in scoring from November 23, 2018.

He was originally selected fifth overall by the Prince George Cougars in the 2014 WHL Bantam Draft .

Congrats to my childhood best buddy @justinalmeida27 ! Here’s to hopefully many more years playing together down the road. Couldn’t be happier for you and your family ! https://t.co/dIpTUOCYLK

The Penguins have signed forward Justin Almeida to a three-year, entry-level contract.

The contract will begin when Almeida turns pro next season in 2019.20.