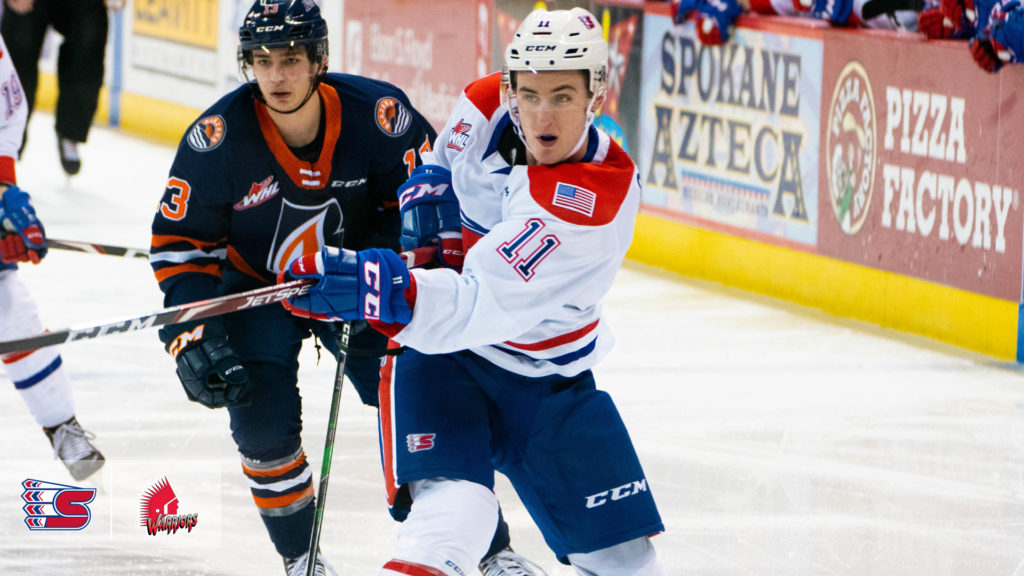 “Brad was a great addition to our Club last season and brought the kind of veteran leadership we expected to the dressing room,” said Scott Carter, General Manager of the Chiefs. “Unfortunately, with the overage limits, sometimes we have to make difficult decisions like these. We thank Brad for his time as a Chief and wish him the best in Moose Jaw.”

By waiving Ginnell, Carter got his roster one closer to meeting the 20-year-old limit for the 2020-21 season. Remaining on Spokane’s roster are 20-year-old forwards Michael King and Eli Zummack, defencemen Matt Leduc and Bobby Russell, and goaltender James Porter Jr. Back-to-back WHL Defenceman of the Year Ty Smith is also eligible to return as a 20-year-old but is expected to begin his professional career with the New Jersey Devils organization. WHL Clubs are permitted to carry three 20-year-old players.

For the Warriors, the addition of Ginnell gives the team two 20-year-olds heading into the fall. Forward Tate Popple, a product of Brandon, Man., represents the other 20-year-old for Moose Jaw.

TRANSACTION: We have claimed 20-year-old forward Brad Ginnell, 6’1″, 170lbs, off of WHL Waivers from the Spokane Chiefs.

The Chiefs have released forward Brad Ginnell (00) to waivers. He has been claimed by the @MJWARRIORS.

Thank you for your time in Spokane and best of luck in Moose Jaw, @bradginnell!