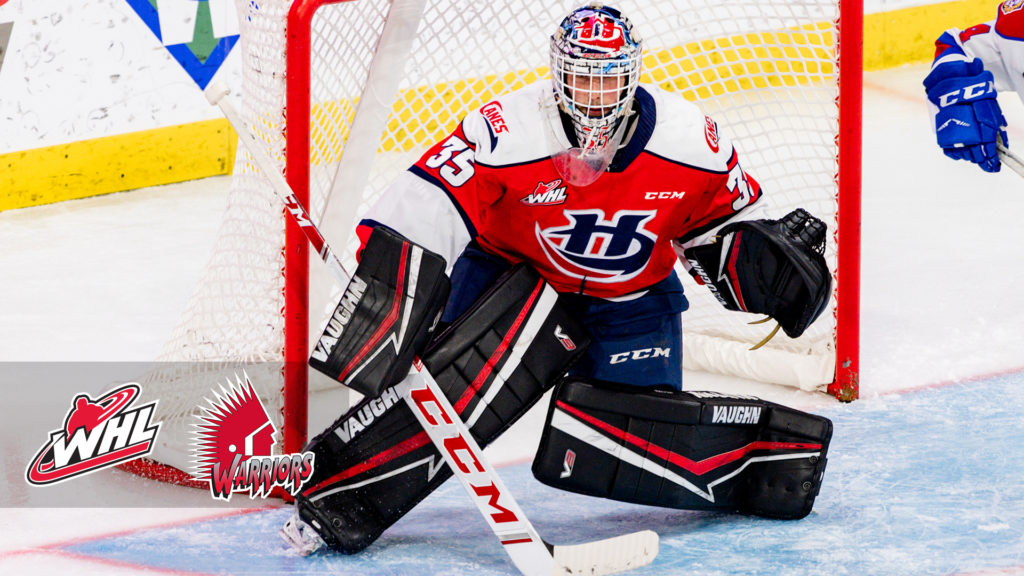 The Moose Jaw Warriors have added 20-year-old goaltender Carl Tetachuk in a deal with the Lethbridge Hurricanes in exchange for a conditional seventh round selection in the 2024 WHL Prospects Draft.

Tetachuk, a product of Lethbridge, Alta., appeared in 95 career regular season games during his three seasons with the Hurricanes, compiling a record of 50-28-5-6 with a 3.06 goals-against average, a 0.901 save percentage and five shutouts.

TRADE: We have acquired 20-year-old goalie Carl Tetachuk from Lethbridge in exchange for a conditional 7th round pick in 2024

Tetachuk was signed by the Hurricanes in February of 2018.

TRADE: The #WHLCanes have traded '01 G Carl Tetachuk to the Moose Jaw Warriors in exchange for a conditional seventh round draft pick! #CaneTrain #YQL

Thank you for your three seasons, Carl!

“Carl was a great Hurricane and represented the organization with nothing but class both on and off the ice,” said Lethbridge general manager Peter Anholt. “We wish Carl nothing but the best moving forward and are excited that he will have an opportunity in Moose Jaw to play as an overage. We thank him for all of his contributions over the last three seasons.”


Tetachuk finishes his Hurricanes career sitting sixth among franchise leaders in victories with 50. He also ranks tied for fifth in franchise shutouts with five.
More News