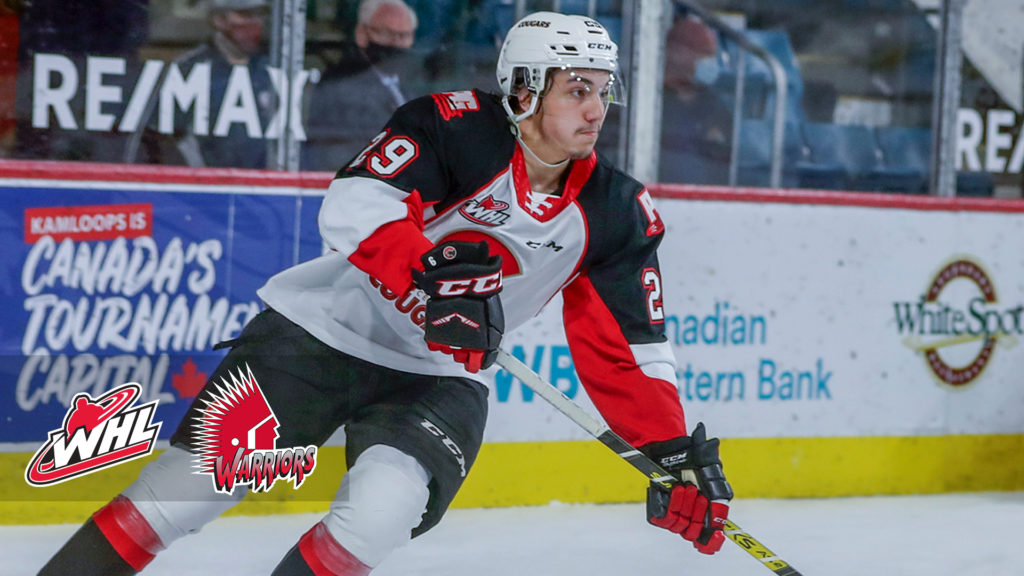 The Moose Jaw Warriors have added experience to their blueline by acquiring 20-year-old defenceman Majid Kaddoura from the Prince George Cougars.

The two Clubs announced the deal Tuesday. In exchange, Prince George receives a seventh-round selection in the 2023 WHL Prospects Draft.

Hailing from Chestermere, Alta., Kaddoura brings 125 games of WHL experience to the Warriors back end. The 6-foot-3, 197-pound rearguard posted nine points (2G-7A) with the Cougars during the 2020-21 WHL season.

Moose Jaw will be Kaddoura’s second career stop in the province of Saskatchewan. He was originally signed by the Saskatoon Blades in August of 2017 before being traded to Prince George in January of 2020.

TRADE: We have acquired 20-year-old defenceman Majid Kaddoura from Prince George in exchange for a 7th round pick in 2023

We have acquired a 7th round selection in the 2023 WHL Draft from the Moose Jaw Warriors, in exchange for 2001-born defenceman Majid Kaddoura.#NorthernUprising | #WHL