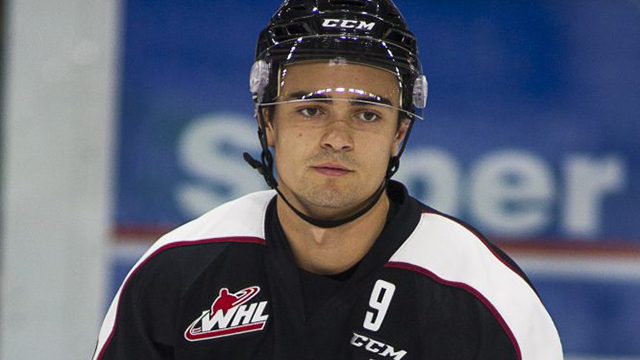 “This was a hard deal for us to do,” said Ron Toigo, majority owner of the Giants, in a team release. “Thomas has been a great soldier for the Giants ever since we drafted him. He’s been a rock for our organization over the last couple years, but we felt it was important to send him to a place where he will have an opportunity to win. We wish him the best of luck with Moose Jaw the rest of the season.”

In Watts, the Giants receive a 6-foot, 163-pound second-year forward who hails from Bakersfield, Calif. Selected in the third round (62nd) of the 2014 WHL Bantam Draft, Watts has notched nine points (7G-2A) in 97 career WHL regular season contests.

In order to make room for Foster, the Warriors placed 20-year-old Dakota Odgers on waivers.