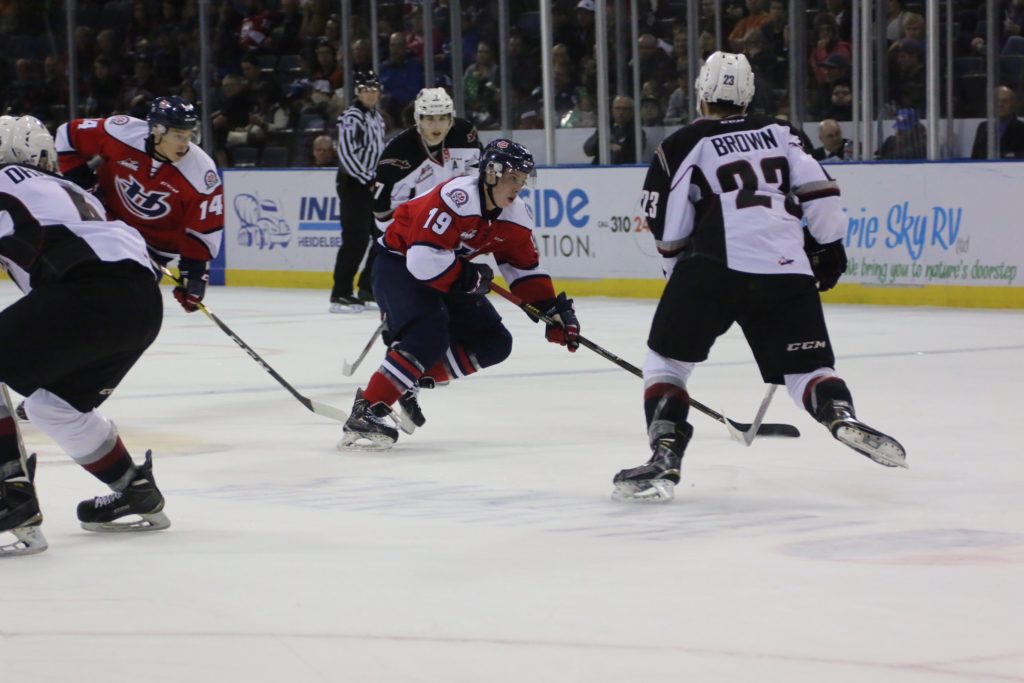 The Moose Jaw Warriors have acquired 19-year-old forward Brayden Burke from the Lethbridge Hurricanes in exchange for forward Ryan Bowen, a second round pick at the 2017 WHL Bantam and a conditional draft pick at the 2019 WHL Bantam Draft.

“There’s a number of things that have happened over an extended period of time and we just felt it was time to make a move and kind of shake up our group. We know Burke is a good player but it was time for us to move on,” said Peter Anholt, general manager of the Hurricanes, in a team release. “We’re real pleased with adding Ryan Bowen who is a big kid with real good skill and has some upside for us and along with a couple draft picks too.”

Standing 5-foot-10 and weighing in at 170 pounds, Burke is from Edmonton and in his third full season in the WHL.  In 15 games this season he has four goals and 23 points, his 19 assists currently ranks second in the WHL and he is tied for eighth in league scoring.  Last season, Burke had 27 goals and 109 points in 72 games, he finished third in league scoring and was tied for first with 82 assists.  He has played in 131 WHL regular season games and has 39 goals, 127 assists, and 166 points.

Bowen was originally drafted in the fifth round (94th) of the 2013 WHL Bantam Draft by the Warriors. The Penticton, B.C. product played in 53 games with the Chilliwack Chiefs of the British Columbia Hockey League in the 2014-2015 season where his scored 28 points (10G-18A) along with 31 penalty minutes.