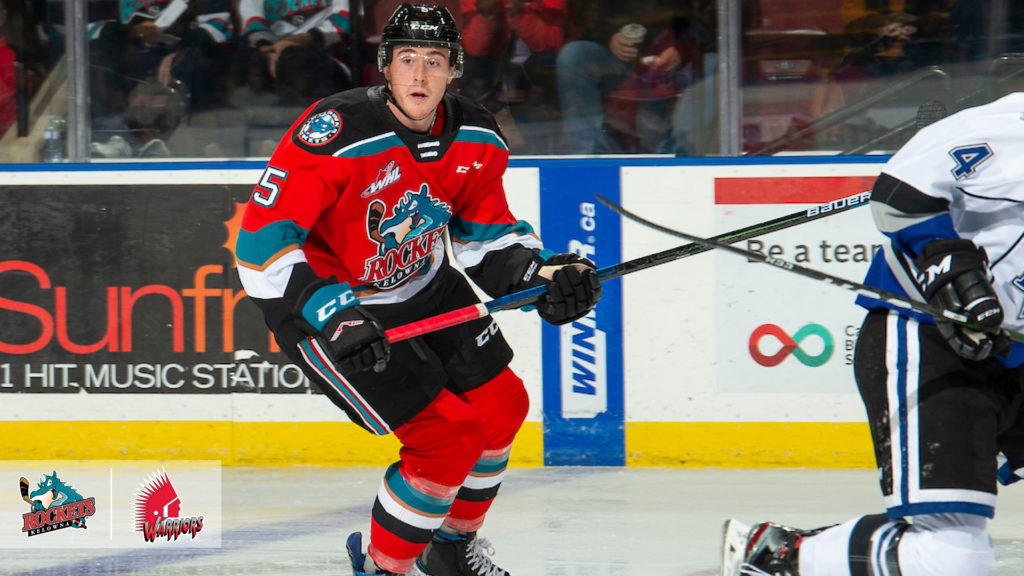 The Moose Jaw Warriors have acquired 18-year-old defenceman Cayde Augustine from the Kelowna Rockets in a Monday trade.

In exchange, the Rockets have acquired a conditional sixth-round selection in the 2023 Western Hockey League Bantam Draft.

The 6-foot-2, 205-pound defenceman is a product of Airdrie, Alta. and was listed by the Rockets in 2017. In six games this season, Augustine has recorded a pair of assists.

Since the start of the 2017-18 WHL Regular Season, he’s appeared in 55 WHL regular season games, recording eight points (2G-6A), including one power-play goal. He scored the first goal of his WHL career on February 8, 2019 at home against the Prince George Cougars.

The Warriors are in action next on Tuesday, December 3 (7:00 p.m. MT) when they visit the Edmonton Oil Kings at Rogers Place. 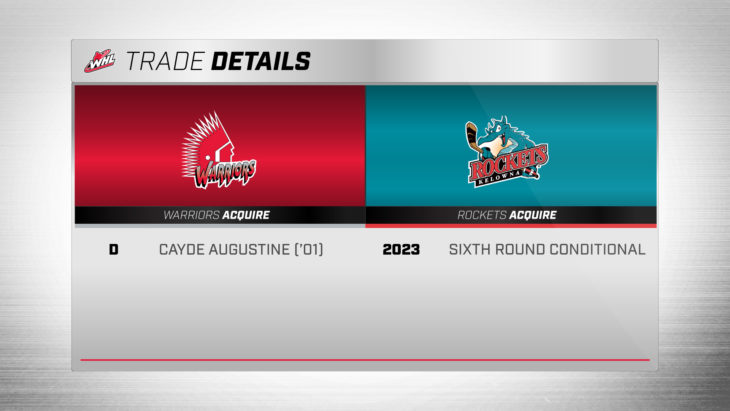 TRADE: We have acquired 18-year-old defenseman Cayde Augustine (@CaydeAugy21) from @Kelowna_Rockets in exchange for a conditional 6th round pick in 2023 pic.twitter.com/gQJ2NvSaIA

The Rockets have dealt defenceman Cayde Augustine to the @MJWARRIORS in exchange for a conditional draft pick.