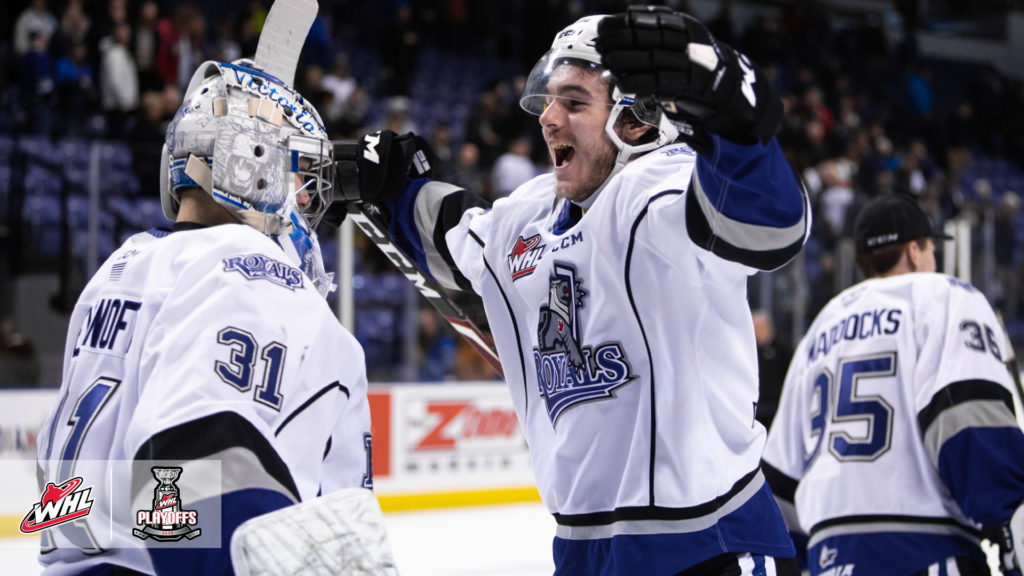 For an 11th-straight season, the Victoria Royals are bound for the Western Hockey League Playoffs.

Though they weren’t in action Tuesday, the B.C. Division club secured their spot thanks to a 5-4 overtime loss by the Prince George Cougars, who currently rank third in the Western Conference Wild Card race. With the result, the Cougars cannot overtake or tie the Royals in the standings by the end of the 2019-20 WHL Regular Season.

Faced with strong divisional and conference competition this season, the Royals have held their own. Through 58 games, the Royals have a 30-21-5-2 record, giving them 67 points and the second-place spot in the B.C. Division.

As part of a series of shrewd off-season moves by General Manager Cam Hope saw the addition of overage forward Gary Haden, who has since led the team with 52 points (23G-29A), leading the team in goals as well. Experienced forwards Tarun Fizer and Kaid Oliver have also taken on more sizeable roles with the club, producing 48 points (17G-31A) and 43 points (20G-23A) respectively.

The day before the 2020 WHL Trade Deadline, the Royals made a key splash, acquiring Anaheim Ducks prospect Brayden Tracey from the Moose Jaw Warriors. Having produced 38 points (15G-23A) in 28 games as a Warrior, Tracey has put up 17 points (4G-13A) in 18 games with the Royals.

In his second full season with the Royals, Brandon Cutler has also taken a step forward, tallying 34 points (16G-18A) in 56 games.

On the blue line, a career-best season from 19-year-old Mitch Prowse has aided the team’s offensive contributions. His 30 points (3G-27A) are a career-high for the Kelowna, B.C. product and rank first among Royal defencemen. Off-season acquisitions Will Warm and Jacob Herauf have also provided contributions to the team’s lineup.

Up next for the Royals will be a matchup against their geographical rivals, the Vancouver Giants, at the Langley Events Centre on Friday, February 28 (7:30 p.m. PT).

With the Cougars OT loss tonight, we have clinched a playoff spot for the 9th straight season!