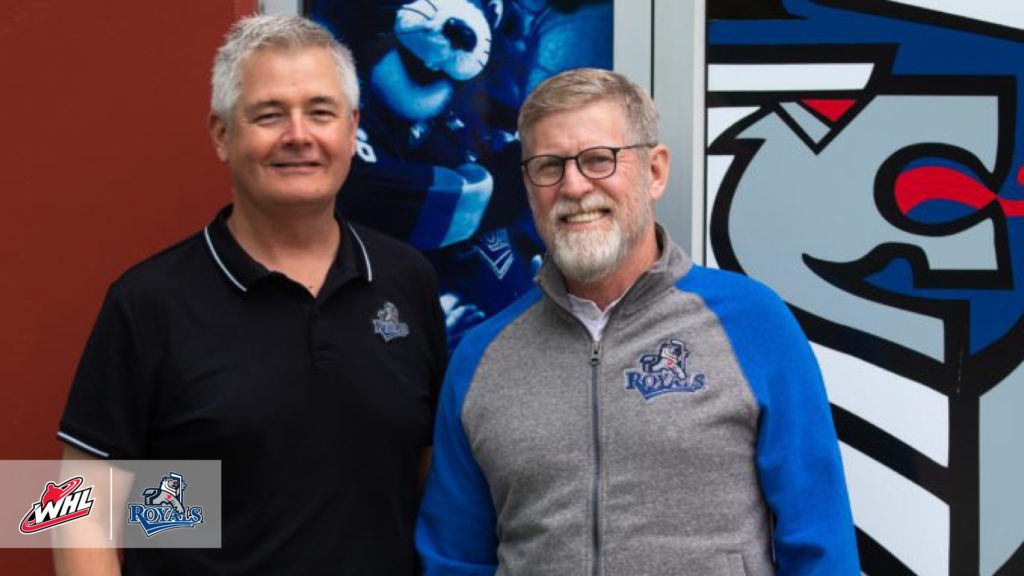 Victoria, B.C. – The Victoria Royals are proud to announce that Ed Fowler has been promoted to the position of Director of Player Personnel, while J.T. Ward has been hired as the team’s Athletic Therapist.

As Director of Player Personnel, Fowler steps into a role that will see him responsible for the coordination of the Royals’ scouting staff, assisting in the development of the team’s 50-man Player Protected List and the recruitment of prospects.

Fowler has spent the last six seasons (2013-2019) as a member of the Royals’ scouting staff, most recently serving as the team’s Senior Regional Scout (West).

“We are extremely pleased to have Ed increase his role within our organization,” President and General Manager Cameron Hope said. “Ed is an experienced evaluator and a very effective communicator. He has been a key contributor over the years toward the development of our hockey club and is a perfect fit for this leadership role.”

The Vancouver, BC native has spent over 30 years around the game of hockey including five years (2008-13) as the part-owner and general manager of the North Delta Devils Junior B team of the Pacific Junior Hockey League (PJHL). In 2011-12 Fowler was named as the PJHL’s Executive of the Year. He began his foray in the hockey world by coaching for over 10 years at various levels with the Surrey Minor Hockey Association.

“It was an easy decision for me to accept this job,” Fowler said, “and I am extremely excited about it. I was honoured to be to be offered this position as it provides me with the opportunity to work with people who I have respect for and enjoy working with.”

Ward takes over as the team’s athletic therapist overseeing the medical care, health and performance of Royals players.

Ward most recently served as the athletic therapist for Victoria’ professional soccer team, Pacific FC. Previously he had held the same role with the BCHL’s Cowichan Capitals, Nanaimo Clippers and Alberni Valley Bulldogs.

The product of Prince Rupert, BC, also served as a student athletic therapist for the Royals from 2014-16 while he earned his Bachelor of Athletic & Exercise Therapy Degree from Camosun College.

The Royals’ 2019-20 Ticket Packages are on-sale now. Guarantee yourself the best seats, prices and benefits that includes the most flexible ticket exchange policy in the WHL. Also, for a limited time only receive an exclusive pre-buy opportunity for the Vancouver Canucks vs. Calgary Flames NHL Pre-Season game at Save-On-Foods Memorial Centre on September 16th. Secure your spot for this season by giving the Royals’ ticket office a call at 250-220-7889 or sending an email to tickets@victoriaroyals.com to set up an appointment to view available seating.

We have made some changes to our Hockey Ops staff that include the promotion of Ed Fowler to the position of Director of Player Personnel!