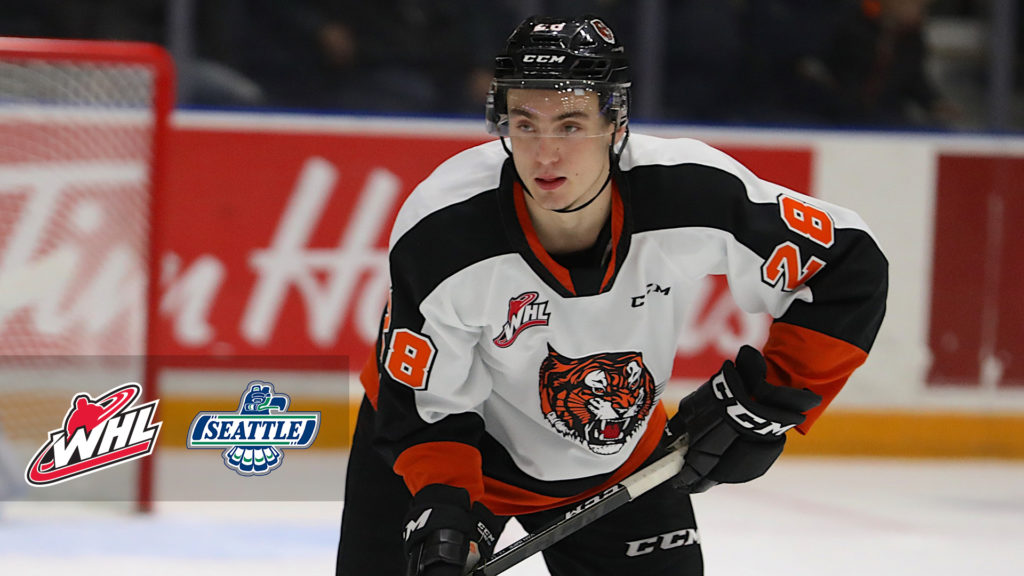 The Seattle Thunderbirds have acquired defenceman Eric Van Impe from the Medicine Hat Tigers in exchange for third and fourth-round selections in the 2021 WHL Prospects Draft.

Van Impe, a product of Calgary, Alta., joins the Thunderbirds after spending the previous three full WHL seasons with the Tigers.

“We are excited to have Eric join our defence core,” said Thunderbirds general manager Bil La Forge. “We feel he complements our existing group very well. The time was right to add another piece to an already strong team.”

The 6-foot-3, 194-pound blueliner was originally selected by the Spokane Chiefs in the second round of the 2016 WHL Draft. In 151 regular season games, all with Medicine Hat, he has amassed 36 points (10G-26A).

The Medicine Hat Tigers have dealt 20-year-old defenceman Eric Van Impe to the Seattle Thunderbirds in exchange for a pair of draft picks in the 2021 WHL Draft.