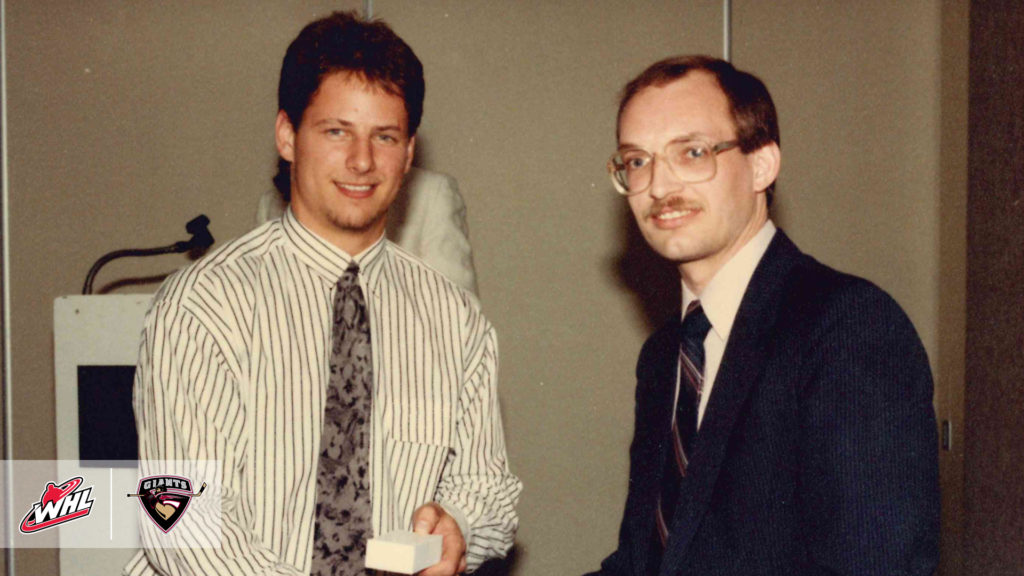 Chyzowski, 48, joins the G-Men after spending the past 14 seasons with the Kamloops Blazers. For much of his time with the Blazers, Chyzowski served as the Blazers’ Director of Sales and Marketing. Earlier this summer, Chyzowski was hired by the Delta Hockey Academy to serve as both head coach of the Female Prep Team and the Director of Sales. He will maintain both of those responsibilities while working with the Vancouver Giants.

Originally selected second overall by the New York Islanders in the 1989 NHL Entry Draft, Chyzowski’s professional hockey career spanned 18 seasons. He appeared in 126 career NHL games with the New York Islanders and Chicago Blackhawks. His professional career also included stops in the AHL, IHL, DEL (Germany) and Austria. He played parts of three seasons in the WHL with Kamloops (1987-1989). His best season came in 1988-89 when he scored 104 points (56G-48A) in 68 games.

“We are excited and fortunate to add Dave Chyzowski to our staff,” Giants GM Barclay Parneta said. “He brings a wealth of knowledge and experience to our organization and we’re looking forward to having him work closely with our coaching staff and players.”

Chyzowski is joined in Vancouver by his wife Cindy. Together they have two sons: Nick and Ryan. Nick, 22, played 343 career games with the Kamloops Blazers. Ryan is heading into his fourth full season with the Medicine Hat Tigers.

The Vancouver Giants are pleased to announce that Dave Chyzowski has been added to their coaching staff ahead of the 2019-20 season.