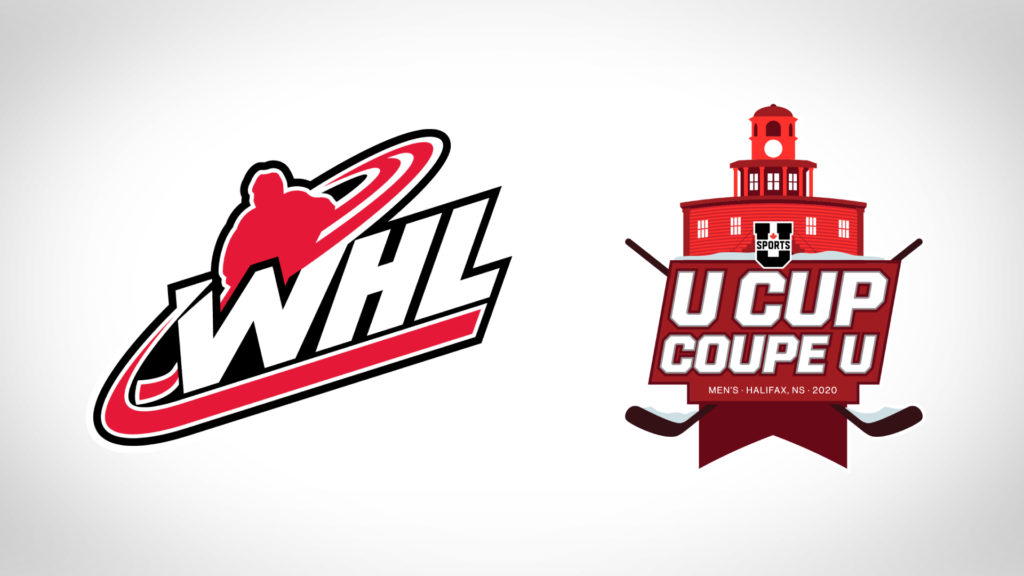 Toronto, Ont. – The national brand of university sports in Canada introduced Wednesday a new championship logo system for all 21 of its national championships, beginning with the 2019-20 season.

As part of the unveiling, a logo for the 2020 U SPORTS Men’s University Cup was announced as well. This year’s edition of the tournament will be hosted by the Acadia Axemen in Halifax, N.S. from March 12-15, 2020.

The logo for the U SPORTS men’s hockey championship incorporates colours inspired by the field of play while integrating iconic landmarks that resonate with the host cities and communities welcoming the national championships.

“The new championship logo system reflects the values of U SPORTS being student-athlete centred, committed to excellence and teamwork,” said U SPORTS Chief Sport Officer Lisette Johnson-Stapley. “There is growing interest from communities across the country to bid for U SPORTS championships and the new logo system builds connections between our universities, student-athletes to the host communities.”

This year’s Axemen roster features nine Western Hockey League Alumni who are accessing their WHL Scholarship while continuing to pursue their hockey and academic goals. The lone senior among the group, Marc McNulty (Medicine Hat, Alta. / Moose Jaw Warriors) will be one of the leaders on the team’s blue line.

“The championship logo system provides us with a flexible template that ensures a unique look being used each year as our U SPORTS championships travel across the country,” added Johnson -Stapley.

The new logo system was developed by U SPORTS in collaboration with Pix Design Group, a Toronto-based graphic design firm.

A full national championship calendar from 2019 to 2021 is available here.