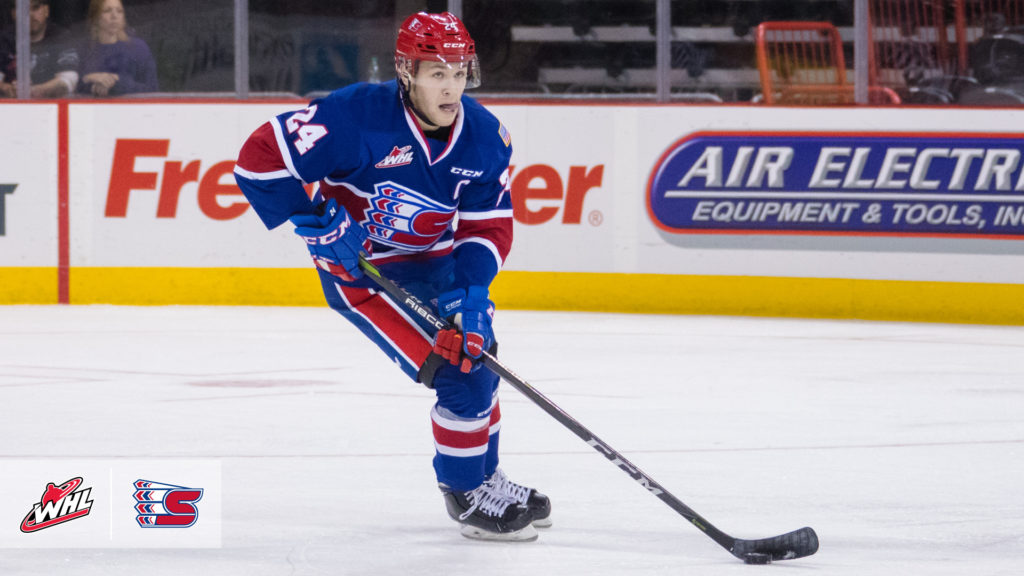 Ty Smith is heading back to the Western Hockey League.

The New Jersey Devils returned their first-round selection from the 2018 National Hockey League Draft to the WHL’s Spokane Chiefs Tuesday as they made their final cuts ahead of opening night for the 2019-20 NHL Regular Season.

Smith’s return makes the 1-1-1-0 Chiefs immediate contenders within their division and conference. Last season, he posted 69 points (7G-62A) in 57 games, including five power-play goals and one game-winning goal. He added nine points (1G-8A) in 15 games as the Chiefs advanced to the Western Conference Championship.

During the 2017-18 WHL Regular Season, Smith broke a franchise record with seven points (2G-5A) against the Prince George Cougars on February 23, 2018. His performance in the 9-2 win broke a 32-year-old franchise record for points in a single game by a defenceman.

Named co-captain of the Chiefs ahead of the 2018-19 WHL Regular Season, Smith represented Canada at the 2019 IIHF World Junior Championship in British Columbia. He posted three assists in five games. His return also signals that Smith could be a leading member for Canada’s team at the 2020 edition of the event in the Ostrava and Trinec, Czech Republic.