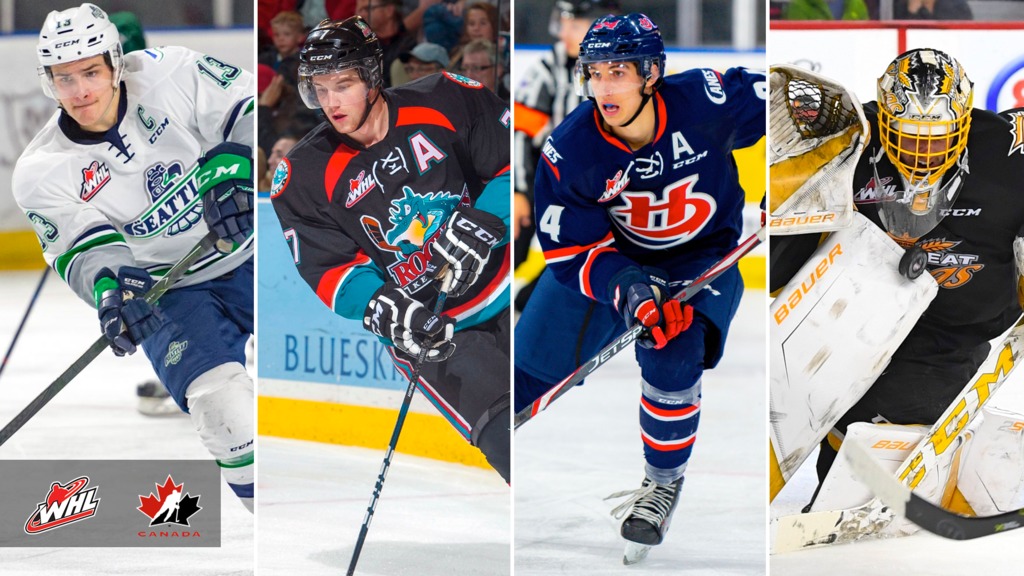 WHL Alumni make up 50 per cent of Hockey Canada’s roster at this month’s 2022 IIHF World Championship in Finland.

The 24-player roster was announced Monday morning. 12 of the players formerly competed in the WHL.

The tournament runs from May 13-29 in Tampere and Helsinki, Finland. Canada has been placed in Group A alongside Denmark, France, Italy, Germany, Kazakhstan, Slovakia and Switzerland.

The following WHL Alumni will be helping Canada defend its gold medal at the 2022 IIHF World Championship:

Of the 12 players named, four won WHL Championships during their time in the League. Barzal was a member of the 2017 Seattle Thunderbirds, Gregor skated with the 2019 Prince Albert Raiders, Mayo played for the 2014 Edmonton Oil Kings and Thompson tended goal with the 2016 Brandon Wheat Kings.

Canada’s tournament opener is scheduled for Friday, May 13 versus Germany.

2️⃣4️⃣ players will wear the 🍁 at the 2022 IIHF World Championship in Tampere and Helsinki, Finland.