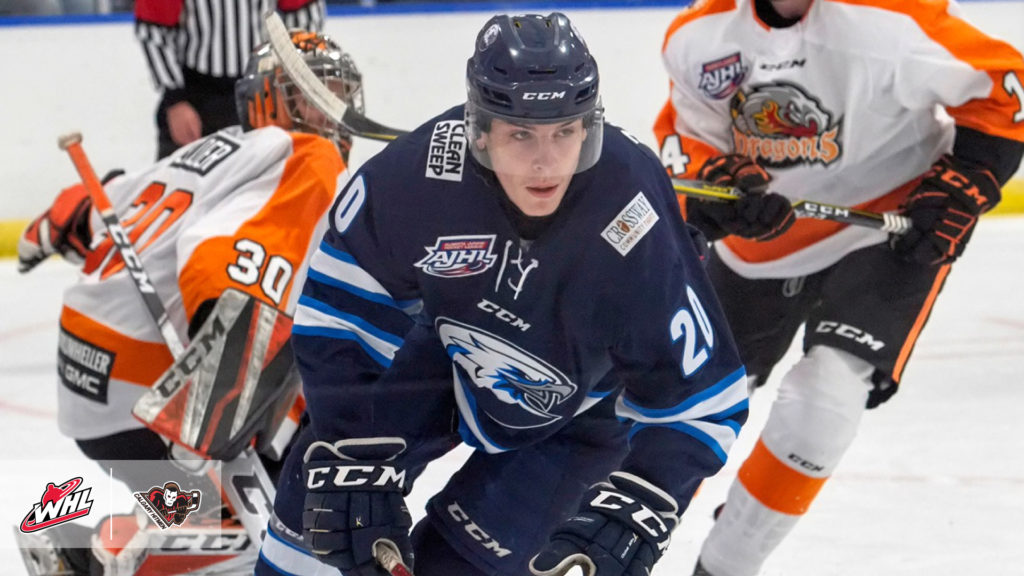 Zandee, a product of Airdrie, Alta., was selected by the Hitmen in the second round, 36th overall, in the 2018 WHL Bantam Draft.

“We are excited to have Tristan commit to our program as we believe he is ready to make the jump to the Western Hockey League and earn a spot on our roster,” said Hitmen General Manager Jeff Chynoweth.  “He is a big power forward with a very good skill set and has the potential to become a top six player in our league.”

Zandee was previously committed to Colorado College. This past season, Zandee had an impressive rookie campaign with the AJHL’s Canmore Eagles recording 25 points (12A-13A) in 46 games.  Those totals placed him fifth among all 16-year-olds in league scoring.  During the post-season, he added another two points (1G-1A) in six games.

“I have heard amazing things about the Hitmen coaching staff and management team who have been supportive of my development and decisions since I was drafted in 2018,” added Zandee. “Now that I have signed, I’m excited to join them and be a part of the team.  The WHL is second to none in terms of its offerings at the junior level and I know joining the Hitmen will be best for both my hockey and academic development.  To be able to play close to home at the Saddledome is an added bonus.”

DID YOU KNOW? Zandee, who can play centre or left wing, led the Airdrie CFR Bisons in goals with 20 and tied for the team lead in points with 34 during the 2018-19 season.  He was also co-winner of the team’s Rookie of the Year award.

The Calgary Hitmen announce the signing of 16-year-old forward Tristan Zandee to a WHL Standard Player Agreement. The product of Airdrie, AB, was selected in the second round, 36th overall, in the 2018 WHL Bantam Draft.
All the details here ⬇️https://t.co/YHLSoC1lcw pic.twitter.com/pss9I3ra3I