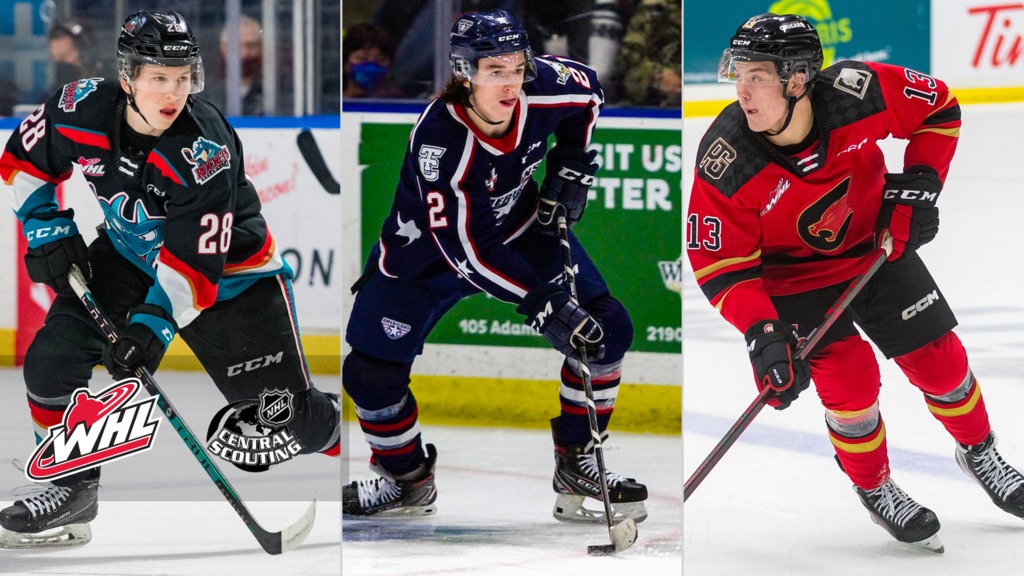 Three WHL skaters were given updated ‘A’ ratings on NHL Central Scouting’s Players to Watch list Monday, bringing the total number of projected first-round picks from the WHL to 10 ahead of next June’s 2023 NHL Draft.

Cristall, from Burnaby, B.C., leads Kelowna in scoring with 35 points (15G-20A) and along with Ziemmer is in a third-place tie among WHL scoring leaders.

“Andrew has been an offensive catalyst in Kelowna this year. He’s very gifted offensively, good on the power play, has great vision and knows how to score,” John Williams of NHL Central Scouting told NHL.com Monday.

Dragicevic, who leads the Americans in scoring, sits second among WHL blueliners with 28 points (6G-28A).

The product of Richmond, B.C. is riding a 14-game point streak.

Lukas has been on a tear of late,” Williams added. “He’s very smart and poised with the puck and he’s very good on the power play. He can distribute the puck really well and offers a real good shot from the point too.”

The product of Mayerthorpe, Alta. leads the B.C. Division-leading Cougars in scoring and along with teammate Riley Heidt is one of two Prince George skaters currently holding ‘A’ ratings by NHL Central Scouting.

“Koehn has had a real good start to his season and shown he is among the elite scorers in the WHL. He’s a very strong player physically, strong on the puck and on his feet,” Williams noted. “He’s a hard guy for defenders to handle in tight situations, makes plays in all zones and can score. He’s a potential power forward type of player.”

The 2023 NHL Draft is slated for June 28-29 at Bridgestone Arena in Nashville.