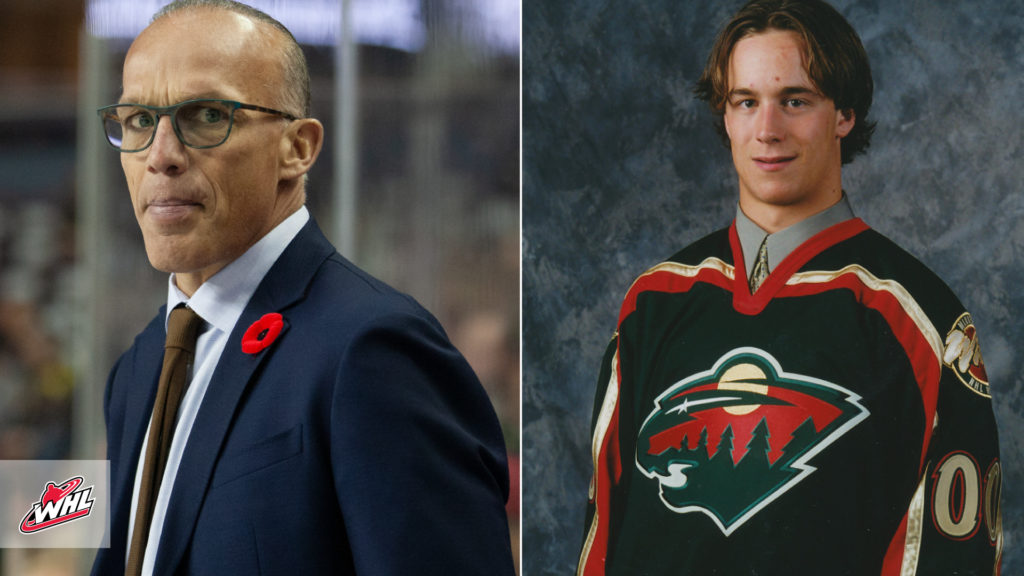 A trio of Western Hockey League Alumni will be enshrined in the Ted Knight Saskatchewan Hockey Hall of Fame as part of their Class of 2020.

Following his rookie season in 1985, Buchberger was chosen in the ninth round, 188th overall, by the Edmonton Oilers at the 1985 NHL Draft. Buchberger would go on to play a key role in the Oilers’ dynasty of the late 1980s, winning Stanley Cups in 1987 and 1990.

Claimed by the expansion Atlanta Thrashers in 1999, Buchberger would be named the inaugural captain in franchise history. Buchberger would also play with the Los Angeles Kings, Arizona Coyotes, and Pittsburgh Penguins before concluding his professional hockey career in 2004.

Also recognized as an inductee is Schultz, a former captain of the Raiders. Chosen in the third round, 43rd overall, of the 1997 WHL Bantam Draft, the product of Strasbourg, Sask. made an instant impact with the Raiders, posting 23 points (5G-18A) from the blue line as a rookie in the 1998-99 WHL Regular Season before adding seven assists in 14 games during the 1998 WHL Playoffs.

Following his second season in the WHL, Schultz heard his named called by the Minnesota Wild in the second round, 33rd overall, of the 2000 NHL Draft. Returning to the Raiders for one more season, Schultz served as captain and would conclude his WHL career with 114 points (33G-81A) in 189 WHL regular season games. He also added 10 assists in 20 WHL playoff games.

Schultz caught on immediately with the Wild, playing with them from 2001 to 2012 and serving as captain during the 2007-08 NHL Regular Season. Dealt to the Oilers in 2012, Schultz would also spend time with the Columbus Blue Jackets before joining the Philadelphia Flyers. There he’d spend the final three years of his NHL career.

Rounding out the trio of inductees is former Warriors coach Gerald “Gerry” James, who coached the Warriors for two seasons in the late 1980s.

Each year the SHHOF celebrates the contributions and achievements of players, builders, teams, officials and those at the grassroots level. The annual induction dinner is rotated around the province in partnership with the Saskatchewan Hockey Association to promote the Hall, celebrate local inductees while raising funds which benefit the local host community.

Tickets for this year’s event will be available through the Yorkton Terriers box office. An announcement will be made in the coming weeks when tickets go on sale.

On Friday we were in Yortkon to announce the hosts and inductees for the 2020 Induction Dinner brought to you by @SaskTel. On July 24 Yorkton Curling Rink will see 7⃣ inductees and 2⃣ teams are enshrined into the #TKSHHOF. Full details⬇️