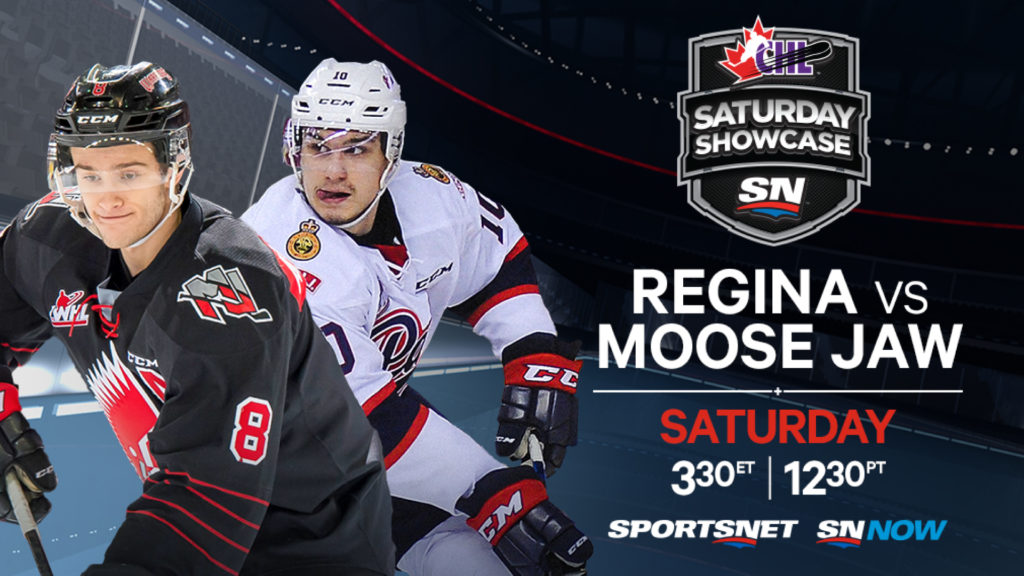 Trans-Canada rivals meet this weekend on Sportsnet’s Saturday Showcase as the Regina Pats make their second-last trip of the season to Mosaic Place to take on the Moose Jaw Warriors.

The rivalry has been almost one-sided this season as the Warriors have won four of the first five meetings, including the last two by identical 6-3 scores. That doesn’t mean this weekend’s game can be chalked up as two easy points for Moose Jaw though.

Regina is coming off Wednesday’s incredible come-from-behind victory where they scored four goals in the last 24:30 of regulation, then won in the shootout against the Kootenay ICE. There have certainly been struggles for the Pats this season, who will miss the WHL Playoffs for the first time since the 2012-13 WHL Regular Season, but there’s also been glimmers of hope for the coming season and beyond.

Dean McNabb provided the heroics Wednesday, though both him and Max Paddock have had their strong moments, picking up each other. With a pair of 2000-born goaltenders, the Pats have two growing assets they can each keep for the next two seasons. It’s important to remember that not so long ago, December 14, 2018, McNabb made 26 saves on 27 shots in a 2-1 win.

The offensive production of Austin Pratt has been a guiding veteran presence as the 19-year-old approaches the 25-goal plateau for the first time in his WHL career.

In the other corner, the Warriors have already secured their fifth-straight 30-win season, but there’s plenty of work to be done. No longer the top dog in the East Division or Eastern Conference, the Warriors have their work cut out for them heading down the stretch, especially with a red-hot Brandon Wheat Kings team only seven games behind them in the race for third in the division.

What the Warriors do have though is plenty of offensive options ready to strike when called upon. Up front, Tristin Langan is tied for the Eastern Conference scoring lead while Justin Almeida (Pittsburgh Penguins) and Rookie of the Year candidate Brayden Tracey sit sixth and 19th respectively.

In net, the Warriors have used the pair of Adam Evanoff and Brodan Salmond to get them into a playoff spot this year, riding each goalie through hot streaks until the other takes over with a hot streak of their own. Both have run with the crease at points this season, but have also faced their own share of challenges as well.

Ultimately, as the rosters change over the years and the names on the back of the jerseys change, the one thing that remains consistent is how competitive both clubs are against each other, whether it’s during good or bad times.

Be sure to catch the Pats at Warriors clash at Mosaic Place tomorrow on Sportsnet’s Saturday Showcase! 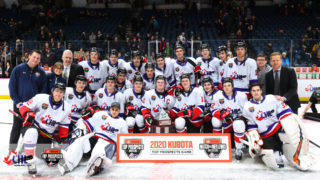 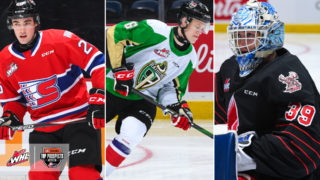