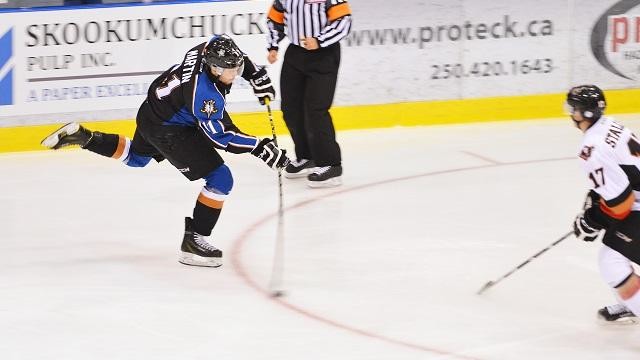 The Swift Current Broncos have added size and leadership after a trade with the Kootenay Ice late Sunday night.

20 year old forward Jon Martin comes to the Broncos from Cranbrook in exchange for a 4th round WHL bantam draft pick in 2016.

“Martin is a winner. He’s a big strong forward that comes to us from a winning organization. We see great leadership abilities and some untapped offensive potential” said Broncos coach and general manager Mark Lamb of Martin.

The Ice selected Martin in the 7th round of the 2010 WHL Bantam Draft. in 250 WHL regular season games, Martin has compiled 35 goals, 72 points and 346 penalty minutes. In 56 games last season Martin had 7 goals, 17 assists and 86 penalty minutes.

Martin will be in the lineup when Swift Current hosts Vancouver this Saturday in their next game.