Tough sledding for WHL competitors on Day 4 of Memorial eCup 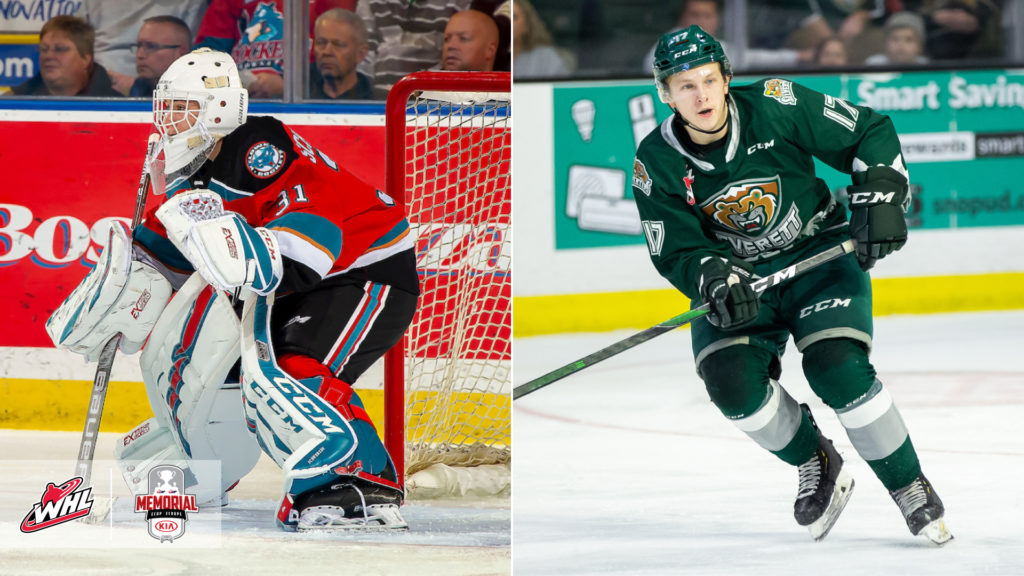 It was a tough night for the Western Hockey League on Day 4 of the CHL’s Memorial eCup presented by Kia. Though they put forth valiant efforts, both Jackson Berezowski of the Everett Silvertips and Cole Schwebius of the Kelowna Rockets were eliminated from the tournament Thursday evening.

Jackson Berezowski received a stellar performance from Dustin Wolf, but it wasn’t enough to backstop the Everett Silvertips to victory on this night as Dylan Champlagne and the Acadie-Bathurst Titan advanced to Round 2 of the CHL Memorial eCup.

It was a back-and-forth affair that Cole Schwebius controlled for lengthy stretches, but his Kelowna Rockets ultimately came up just short, as Graham Dickerson and the Kitchener Rangers secured a 4-2 triumph to move on to the second round of the CHL Memorial eCup.

Next up on the scheduled for the Memorial eCup presented by Kia is a full slate of games this Saturday, December 5, including appearances by Justin Hall of the Lethbridge Hurricanes, Kyrell Sopotyk of the Kamloops Blazers, Cory King of the Moose Jaw Warriors, Majid Kaddoura of the Prince George Cougars, Jalen Luypen of the Edmonton Oil Kings, Luke Prokop of the Calgary Hitmen, and Keltie Jeri-Leon of the Seattle Thunderbirds. The action gets underway beginning at 12:10 p.m. MT as Sportsnet’s Sam Cosentino faces off against the QMJHL’s Moncton Wildcats. Catch all the WHL action over on Twitch.