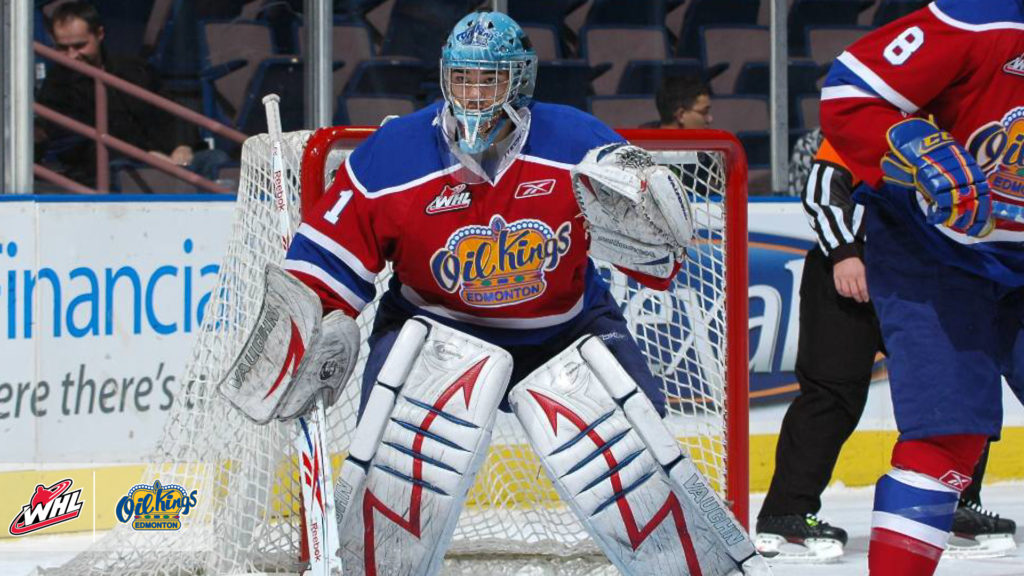 VANCOUVER – The newest UBC Thunderbird goaltender will be bringing something unique to the rink this fall – NHL experience.

Torrie Jung, a four-year WHL veteran, was signed by the Edmonton Oilers to an amateur tryout contract to back-up starting goalie Jeff DesLauriers on November 21, 2009 in a game against the Chicago Blackhawks after Nikolai Khabibulin was kept out of the lineup with a bad back.

Although he only saw the ice in warm-up, the experience was an eye-opener for the most recent addition to the T-Bird program.

“Getting a chance to dress with the Oilers was a pretty exciting day. Obviously a chance to meet some unbelievable players before and after the game was something I’ll never forget,” said Jung of his pro experience. “Although I was only there for one day, it was pretty easy to see just how focused NHL players are before the game.”

His career record of 50-73-27 isn’t eye-popping but UBC head coach Milan Dragicevic is expecting a lot from the newest UBC netminder.

“Torrie is going to be competing for the starter’s job from day one. He hasn’t played on the best teams but he has shown a lot of skill in net and has a ton of experience which is really going to serve him well,” said the T-Bird head coach.

NHL scouts seem to agree with Dragicevic’s assessment. Jung was selected in the seventh round (183rd overall) of the 2007 NHL Entry Draft by the Tampa Bay Lightning and more recently participated in the Oilers 2009 prospect camp.

The Oilers extended an invitation to Jung after he posted a 20-20-8 record and a 2.56 GAA during the 2008-09 WHL campaign, leading the Oil Kings to the postseason while earning team MVP honours.

“My WHL career was a bit of a roller coaster. I enjoyed both teams [Kelowna and Edmonton] in different ways. Obviously being drafted when I played in Kelowna was a huge thrill, and then playing well in Edmonton and helping them make the playoffs as a 2nd-year expansion team was something I’ll remember,” added the WHL veteran.

The opportunity to compete for the starter’s role was one of, but not the only, reason the Nanaimo, BC native settled on continuing his hockey career with the T-Birds.

“The decision to attend UBC over other post-secondary schools wasn’t really a difficult one for me,” said Jung. “I know the area and campus a little bit, and upon talking to students that attend UBC I received nothing but praise for the school’s environment and programs. I’ve also heard great things about the hockey program, and the way the team is shaping up.”