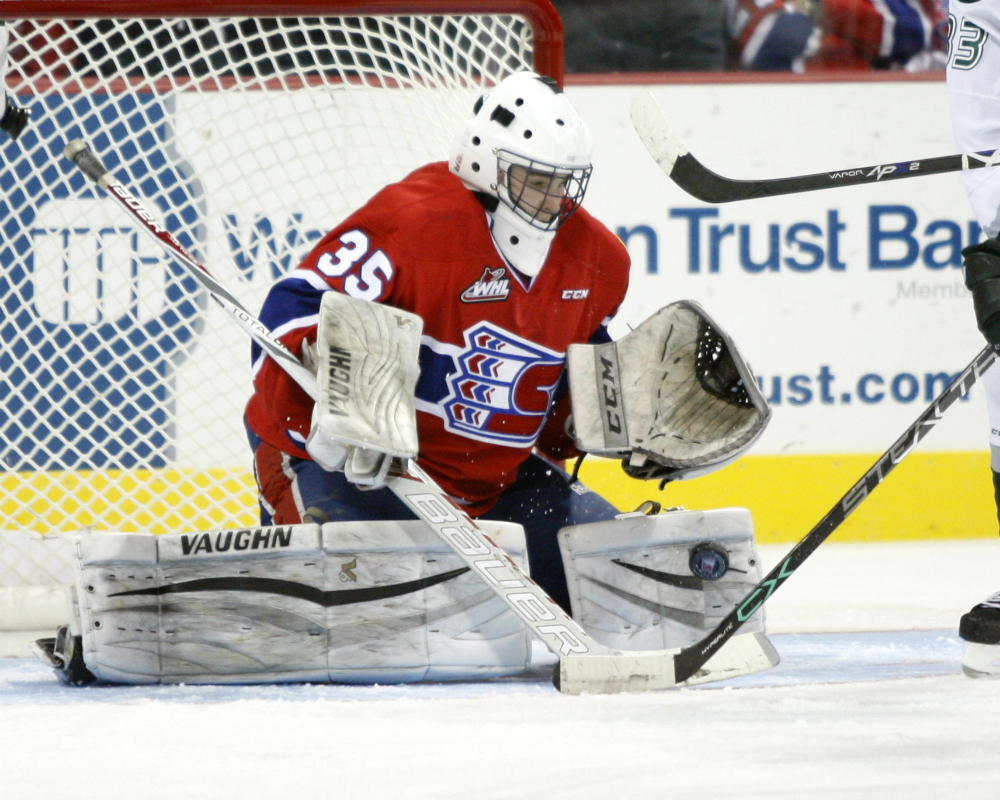 “Lasse is a goaltender whose size carries an immediate advantage,” said Davidson. “As an individual who has potential to reinforce our goaltending depth, he’s a proven performer at the WHL level and delivered in big games down the stretch in last season.”

Petersen, 19, split last season between the Chiefs and Calgary Hitmen in his first WHL season with a 12-7-1 record, three shutouts, and a 2.99 goals-against-average in 25 appearances. After being acquired by Spokane, he earned a shutout in his team debut on Nov. 11 against the Silvertips and posted a 7-2-1 record with two shutouts to begin his stint with the Chiefs.

The 6-foot-2, 176 pound netminder appeared in all six Spokane playoff games last season and earned a career-high 44 saves and first star honors in a Game 5 victory against the Victoria Royals, who earned the Scotty Munro Memorial Trophy with the league’s top regular season record.

Born in Denmark and a native of Swan River, Manitoba, he was named to Denmark’s Under-20 squad for last season’s World Junior Championships in Finland. In 2014-15, Petersen helped guide Denmark to the gold medal at the U18 World Juniors with a tournament best 1.60 goals-against-average and .937 save percentage.

The Silvertips will announce their upcoming training camp schedule soon.

The Silvertips will open the 2016-17 schedule with a “home-and-home” series against the Vancouver Giants, launching Friday, Sept. 23 in Langley, B.C. at 7:30 p.m. followed by the Silvertips home opener against the Giants, Saturday night at 7:05 p.m. at XFINITY Arena. Priority seating and guaranteed home opener tickets in downtown Everett are now available by placing a $50 deposit for Silvertips season ticket or mini-plan packages (available in full season, 22-game or 14-game plans) at www.everettsilvertips.com/season or by calling (425) 252-5100.