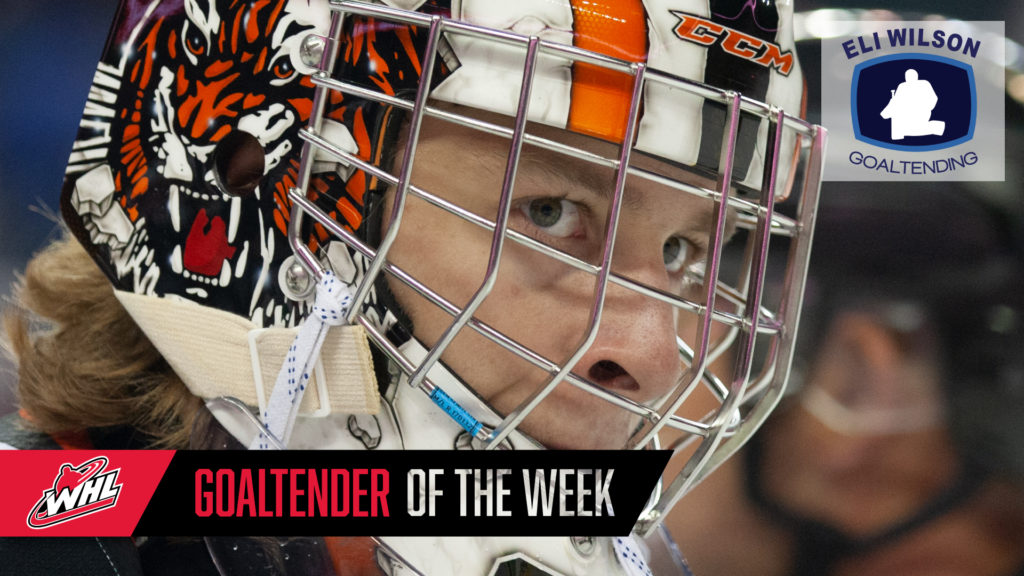 Friday, Søgaard made 18 saves on 20 shots in an 8-2 victory on the road against the Regina Pats. Søgaard made four saves in the first, seven in the second, and nine in the third to tend to the crease throughout the contest. Hosting the Pats at the Canalta Centre Saturday, Søgaard posted an 18-save shutout in a 2-0 win over the Pats. The 19-year-old goaltender made nine saves in the first, faced zero shots in the second, and added nine more stops in the third. Søgaard was named the third star of the game for his performance.

Originally selected 32nd overall by the Tigers in the 2018 Canadian Hockey League Import Draft, Søgaard has appeared in 72 WHL regular season games with Medicine Hat. Over that span, Søgaard has compiled a 38-21-3-3 record, 2.63 GAA, 0.913 SV%, and seven shutouts. His seven shutouts are tied for fourth all-time in franchise history. Søgaard has also appeared in six WHL playoff games, posting a 2-3-1-0 record, 3.16 GAA, 0.919 SV%, and one shutout.

Having already secured a spot in the 2020 #WHLPlayoffs, the Tigers will continue their five-game home stand on Tuesday, March 3 (7 p.m. MT) hosting the Swift Current Broncos at the Canalta Centre.