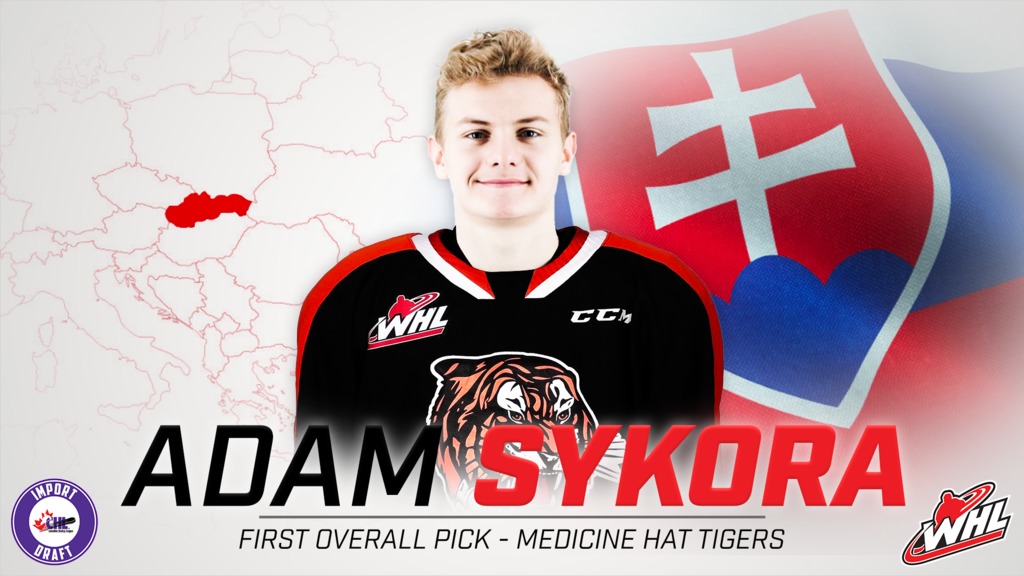 The 17-year-old forward is listed #42 among European Skaters in NHL Central Scouting’s Final Rankings for the 2022 NHL Draft, slated for July 7-8 in Montreal, Que.

“Adam is a skilled offensive forward with a great motor and plays with intensity. He takes away time and space, and is not afraid to be first to pucks and play in the dirty areas,” said Tigers head coach and general manager Willie Desjardins. “He had an excellent World Championships as one of the youngest players in the tournament, and we expect him to be taken in the first few rounds of the NHL Draft next week.”

“We are excited about the prospects of adding a player of his caliber and providing an environment where he can continue to improve and develop his game,” Desjardins added.

This past season, Sykora skated professionally with HK Nitra in the Slovak Extraliga, recording 17 points (10G-7A) in 46 games.

The 5-foot-10, 172-pound winger concluded his 2021-22 campaign by representing Slovakia at the 2022 IIHF World Championship in Finland, recording two goals and one assist in six outings.

Sykora is the second player selected first-overall in the CHL Import Draft by the Medicine Hat Tigers in their franchise history. The Club selected Czech defenceman Vladimir Sicak with the first-overall selection in 1998; Sicak went on to make 107 appearances with the Tigers from 1998-2000 before embarking on a professional career that has spanned 22 years both in North America and overseas.

Sykora’s father, Roman, also played in the WHL, appearing with the Tri-City Americans during the 1997-98 season.