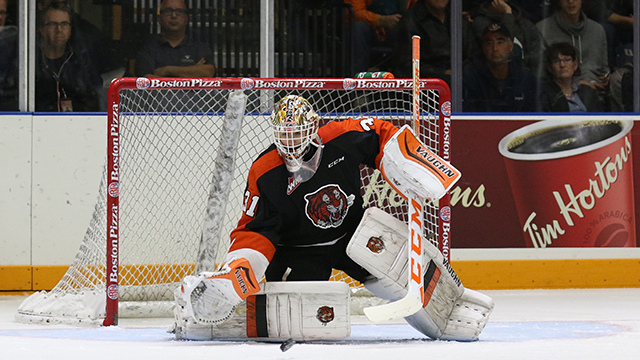 Schneider, a 19-year-old native of Leduc, AB, turned aside 50 shots, helping the Tigers go 2-0-0-0 this past weekend. The fourth-year WHL netminder made 23 saves in a 5-1 win over the Saskatoon Blades on Friday, September 30 before turning aside another 27 shots in a 3-1 victory over the Swift Current Broncos on Saturday, October 1. Schneider was named third star in Saturday’s win over Swift Current.

Schneider’s efforts led all WHL goaltenders with a 1.00 goals-against average and .962 save percentage from September 26 through October 2.

An undrafted free agent signing of the NHL’s Calgary Flames, Schneider was returned to Medicine Hat this past week and now sits second in the WHL in GAA and SP.