Tigers’ Kemp named WHL On the Run Player of the Week 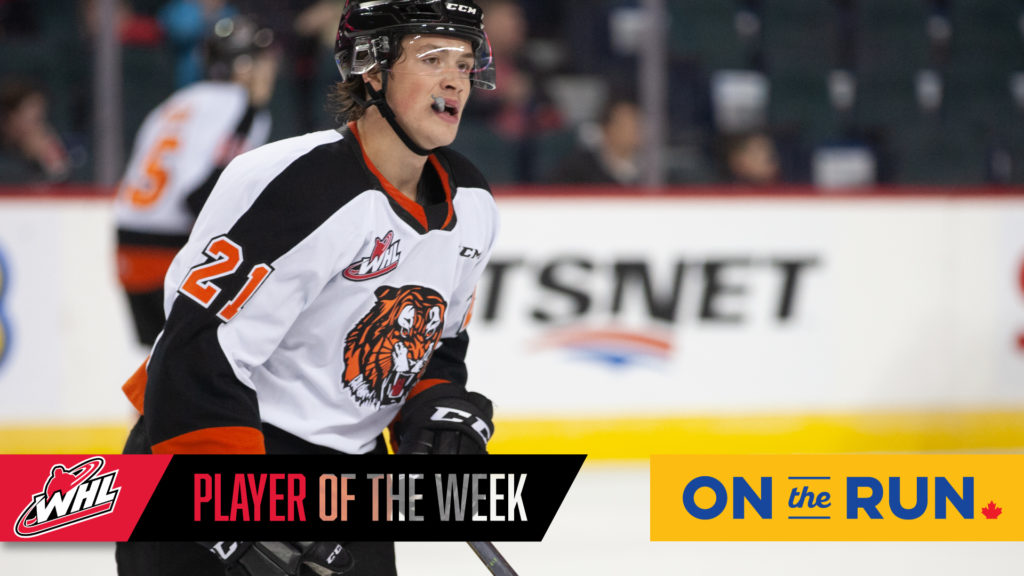 Calgary, Alta. – The Western Hockey League announced today that Medicine Hat Tigers forward Brett Kemp has been named the WHL On the Run Player of the Week for the week ending March 15, 2020.

Kemp recorded three assists in a single contest last week, leading the Tigers to a 4-3 overtime victory against the Red Deer Rebels at the Canalta Centre. The victory served as the 41st of the season for the Tigers, extending their lead in second place in the Central Division to four points over the Lethbridge Hurricanes.

During Tuesday’s win, Kemp tallied assists on his team’s first three goals. Enjoying a season of career-bests, the performance from the 6-foot-1, 173-pound product of Yorkton, Sask. was the ninth game of three points or more this season. Kemp was named the second star of Tuesday’s game.

The 19-year-old Kemp has thrived in his first full season with the Tigers, recording 77 points (30G-47A) in 62 games, including 12 power-play goals, one short-handed goal, and five game-winning goals. Kemp has already established career-highs in assists and points in a single season and sits three goals away from his career-high of 33 goals set last season.

Kemp was originally chosen in the second round, 41st overall, by the Everett Silvertips at the 2015 WHL Bantam Draft. Since then, he has appeared in 232 WHL regular season games with the Silvertips, Edmonton Oil Kings, and Tigers, posting 187 points (84G-103A). Those totals include 28 power-play goals, two short-handed goals, and 13 game-winning goals.