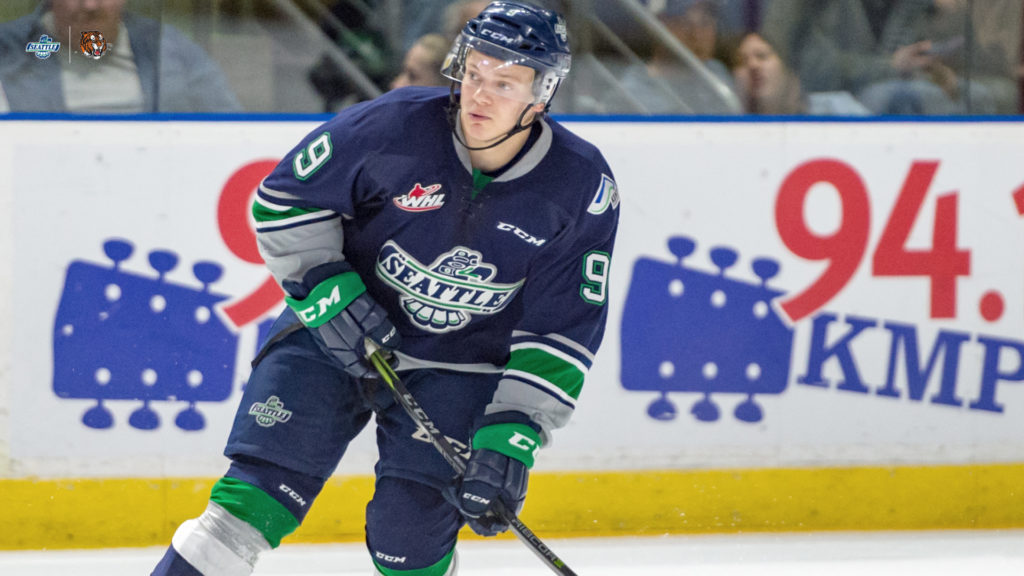 The Medicine Hat Tigers got in on the trade action Tuesday, acquiring 18-year-old forward Elijah Brown from the Seattle Thunderbirds.

Brown, a 5-foot-9, 168-pound center from Edmonton, Alta. was drafted by the Thunderbirds in the first round, 15th overall, of the 2015 WHL Bantam Draft. In 80 career games with the Thunderbirds, Brown has 20 points (6G-14A), including one power-play goal. Brown also has six games of WHL playoff experience with the Thunderbirds during last year’s run to winning the team’s first Ed Chynoweth Cup in franchise history.

The Tigers are in action Wednesday, January 10 (7:05 p.m. CST), heading east to battle the Saskatoon Blades. The Thunderbirds are at home Tuesday, January 9 (7:05 p.m. PST), hosting the Portland Winterhawks.

The Medicine Hat Tigers have acquired Elijah Brown from the Seattle Thunderbirds in exchange for a pair of Bantam picks.