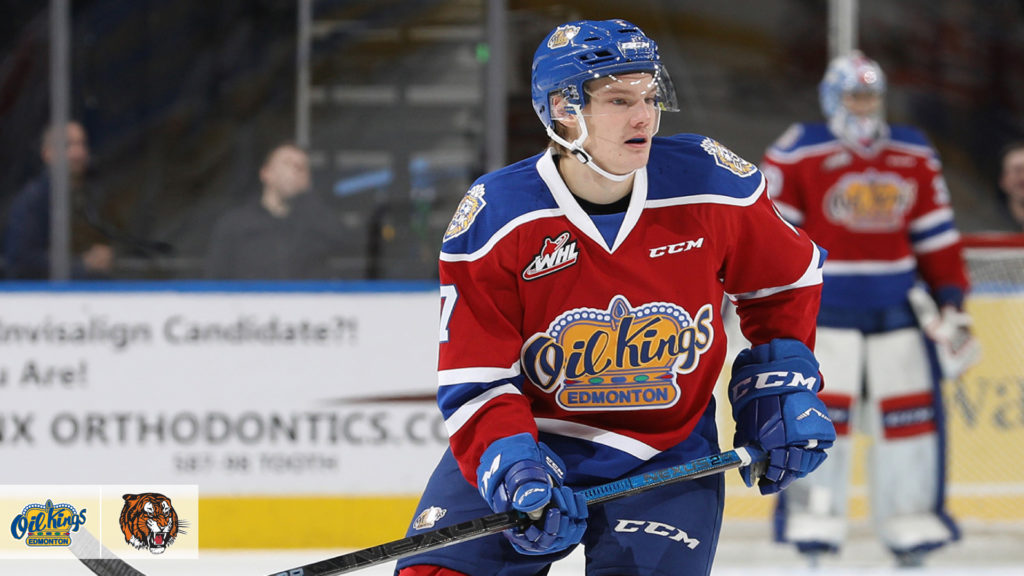 The Medicine Hat Tigers have strengthened their defensive core heading into the 2019-2020 season through the acquisition of Parker Gavlas.

On Monday, in the trade with the Edmonton Oil Kings, the Tigers acquired the 20-year-old defenceman Gavlas. The Oil Kings, in exchange, will receive a fourth-round-selection in the Western Hockey League 2021 Bantam Draft.

“Parker made great contributions to our Club both on and off the ice since we acquired him last season,” said Oil Kings President of Hockey Operations and General Manager, Kirt Hill. “We appreciated Parker’s work ethic and leadership and wish him nothing but the best in his future hockey endeavors.”

The 6-foot-0, 184-pound product of Saskatoon, Sask. appeared in 46 games for the Oil Kings tallying 10 points (1G-9A) and providing leadership on the back end.

“We would like to welcome Parker to the Tigers Organization,” said General Manager and Head Coach Willie Desjardins, “He played well against us last year in the playoffs and we are looking forward to working with him this season.”