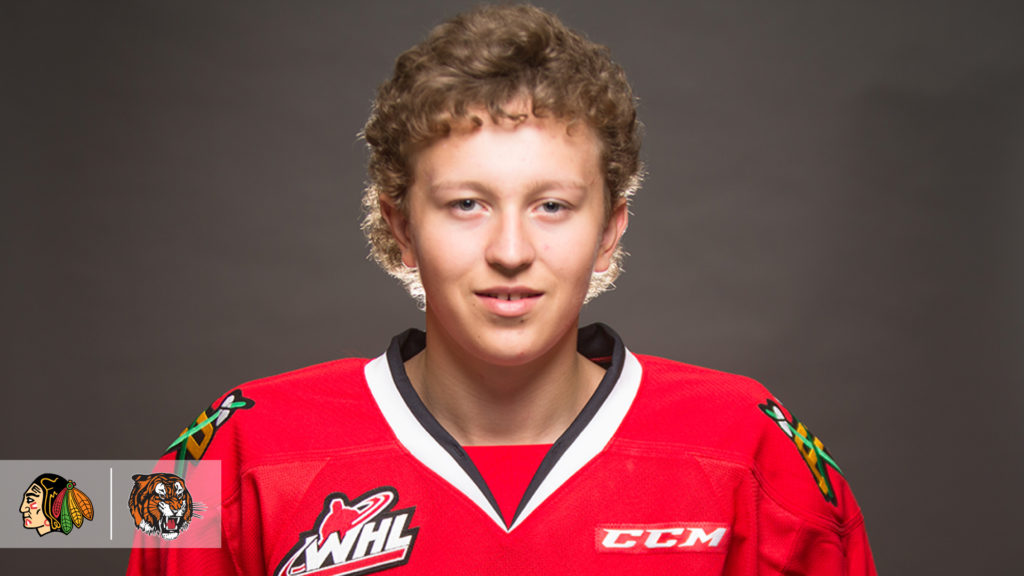 In exchange, the Winterhawks have acquired an eighth-round selection in the 2021 WHL Bantam Draft.

The 6-foot-3, 196-pound Fradette hails from St. Albert, Alta. and has already build an extensive hockey resume in Alberta.

Playing this past season with the St. Albert Midget AAA Raiders, Fradette was named the Most Valuable Player of the 2019 Alberta Midget AAA Hockey League (AMHL) Playoffs. He appeared in 11 playoff games, posting a 2.17 goals-against average and a .929 save percentage as the Raiders ultimately fell in the AMHL Final to the Calgary AAA Buffaloes. He also appeared in 14 regular season games, posting a 2.35 goals-against-average and a .913 save percentage.

Portland selected Fradette in the fifth round, 97th overall, of the 2016 WHL Bantam Draft.

“We’re thrilled to add a player of Evan’s caliber to our team,” said Tigers General Manager and Head Coach Willie Desjardins. “He proved he can play under pressure at last year’s Mac’s Midget Hockey Tournament in Calgary. We would like to welcome Evan to the Tigers family.”

In his first season with the AAA Raiders, Fradette posted a .925 SV% in 17 games, earning the best SV% among all AMHL goaltenders in the regular season.

The Winterhawks have shipped Evan Fradette to the Medicine Hat Tigers.