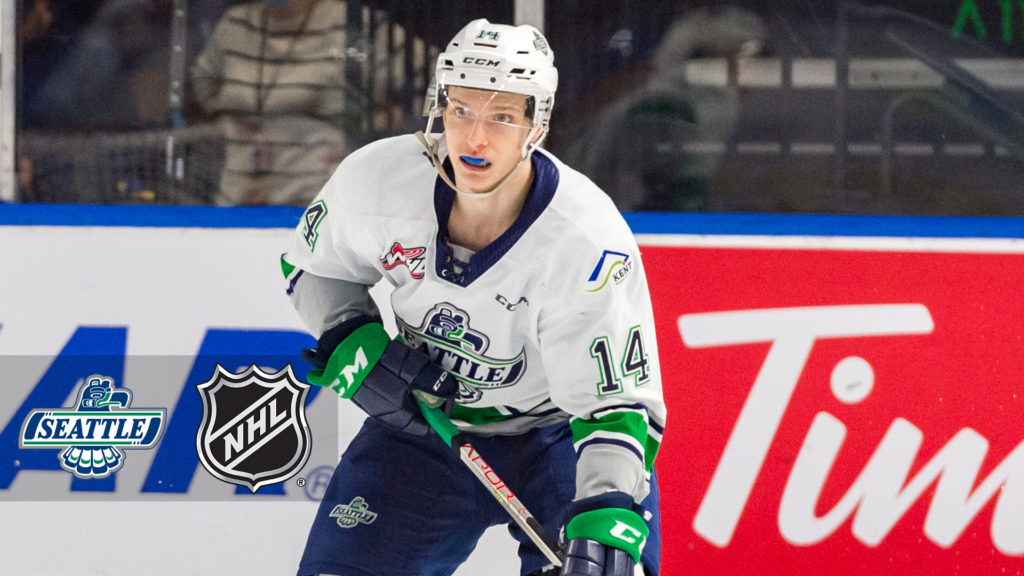 One month after being selected seventh-overall at the 2022 NHL Draft, Seattle Thunderbirds defenceman Kevin Korchinski has signed a three-year, entry-level contract with the Chicago Blackhawks.

Korchinski, from Saskatoon, Sask., was the first WHL player selected in the 2022 NHL Draft and first of six WHL players chosen in the first round.

He led all Thunderbirds defencemen in scoring during the 2021-22 regular season with 65 points (4G-61A), finishing second among WHL blueliners in assists and fourth in points.

He added 19 points (6G-13A) during Seattle’s run to the WHL Championship Series, leading all rearguards in points during the 2022 WHL Playoffs.

He was named to the U.S. Division Second All-Star Team, and recently took part in Canada’s National Junior Team Summer Camp ahead of the 2023 IIHF World Junior Championship.

“Signing Kevin is an exciting moment and another step in us building organizational depth,” said Blackhawks general manager Kyle Davidson. “We knew that we wanted Kevin to be a big part of this team’s future, so we’re happy to have him within our system, developing in this early part of his professional career. His confidence and positive attitude paired with his size will be assets as he continues to grow his game in the WHL this upcoming season.”

Korchinski was originally selected by the Seattle Thunderbirds with the 10th-overall pick in the 2019 WHL Draft. In 116 WHL regular season and playoff games, all with Seattle, he has compiled 94 points (10G-84A).

All six of the WHL players selected in the first round of the 2022 NHL Draft in July have now signed entry-level contracts with their respective NHL Clubs.