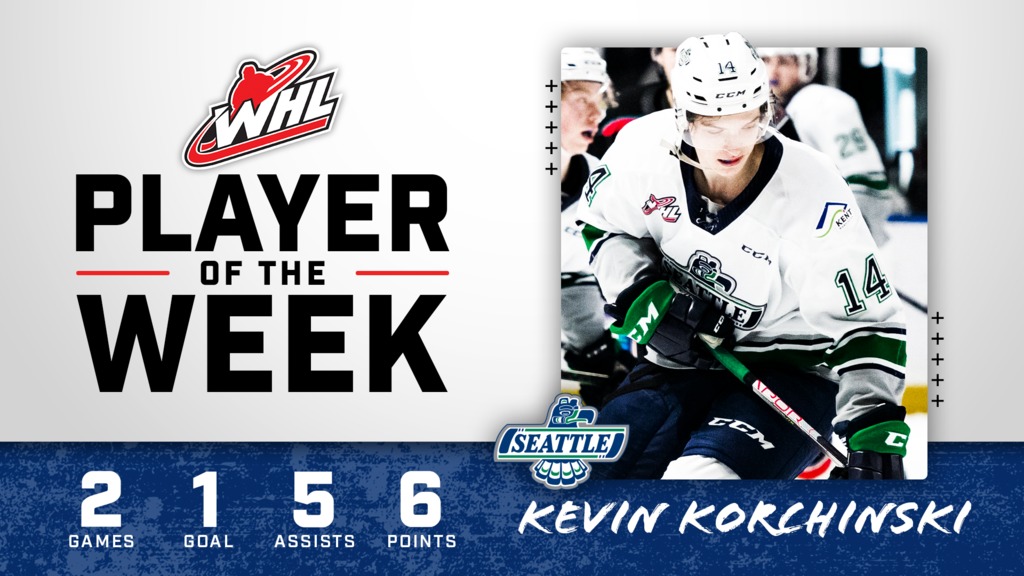 The 17-year-old led all WHL blueliners with six points (1G-5A) in two WHL Playoffs outings with the Thunderbirds this past week, helping Seattle take a 2-0 series lead in their first-round set with the Kelowna Rockets.

The product of Saskatoon, Sask. collected three assists in his WHL Playoffs debut Friday, April 22, helping the Thunderbirds post a 6-0 victory in Game 1 versus the Rockets.

Korchinski matched that point total the following night, scoring once and adding a pair of helpers as Seattle defeated Kelowna 7-3.

Korchinski is rated as the #20 North American Skater in the most recent NHL Central Scouting rankings ahead of the 2022 NHL Draft. This season, he became the first WHL defenceman in 32 years to record 60 or more assists in his first year of NHL Draft eligibility.

He was originally selected by the Thunderbirds with the 10th overall pick in the 2019 WHL Draft. In 93 career WHL regular season and playoff appearances, Korchinski has accrued 81 points (5G-76A).

Korchinski and the Seattle Thunderbirds will continue their first-round series with the Kelowna Rockets in Game 3, scheduled for Tuesday, April 26 (7:05 p.m. PT, Prospera Place).