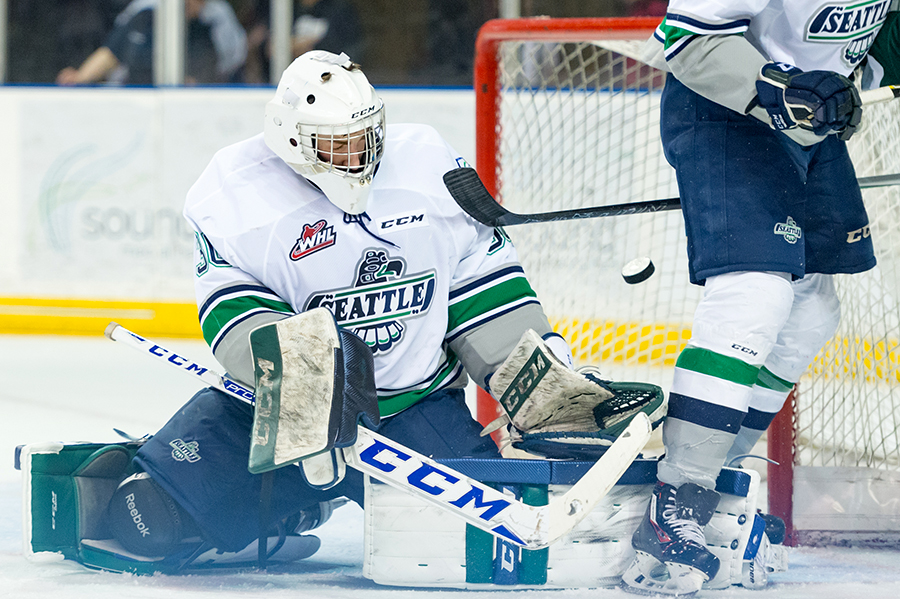 Calgary, AB – The Western Hockey League announced today that Landon Bow of the Seattle Thunderbirds has been named the Vaughn WHL Goaltender of the Month for March 2016.

A 20-year-old from St. Albert, AB, Bow went undefeated for the month of March, posting a record of 11-0-0-0 in March that included four post-season wins. He recorded a 1.41 goals against average and a .947 save percentage to go along with two shutouts. In the 11 games he appeared in, Bow held the opposition to two goals or fewer on nine occasions.

Bow’s productive play propelled the Thunderbirds to the U.S. Division crown in the WHL’s Western Conference and a sweep of the Prince George Cougars in Round 1 of the 2016 WHL Playoffs. The 6’5”, 208 lb netminder claimed four first star honours and two third star nods in March.

Bow is in his first WHL campaign with the Seattle Thunderbirds and has posted a 74-56-8-5 record with 15 shutouts in 160 career regular season contests.

These accomplishments make Landon Bow a deserving choice as the Vaughn WHL Goaltender of the Month for March.