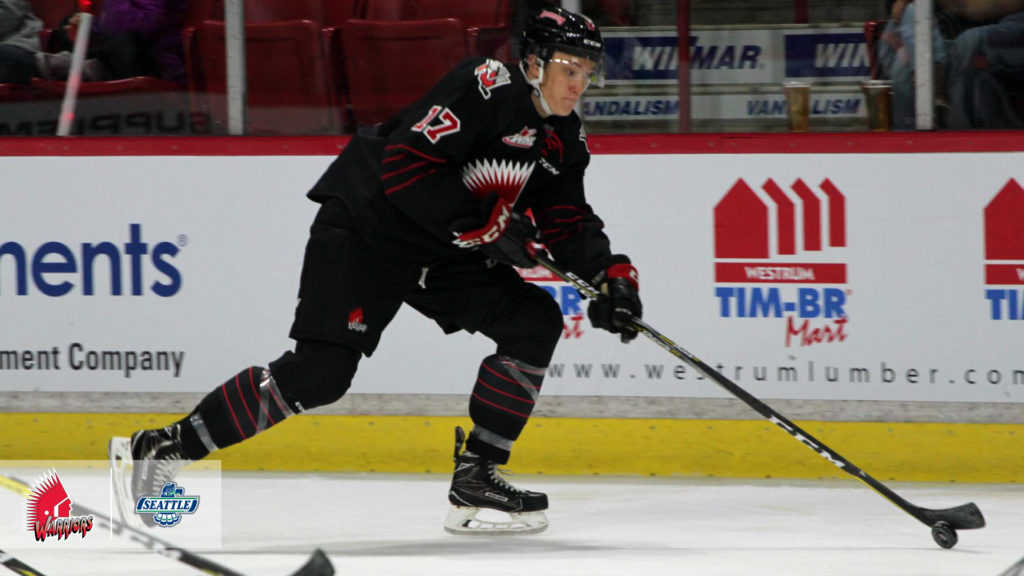 The Seattle Thunderbirds added Brecon Wood to their talented forward group Tuesday afternoon in a trade with the Moose Jaw Warriors.

In return, the Warriors received a seventh-round selection in the 2020 Western Hockey League Bantam Draft.

“We are excited to add Brecon to our roster,” said Thunderbirds general manager Bil La Forge. “He has good offensive upside and will provide depth up front.”

The Thunderbirds are in action Tuesday, October 30 (7:05 p.m. PT) when they had east to take on the Spokane Chiefs. The Warriors return to the ice Friday, November 2 (7:00 p.m MT) when they welcome the Saskatoon Blades to Mosaic Place for the first time this season.

TRADE: We have acquired a 7th round pick in 2020 from Seattle in exchange for forward Brecon Wood