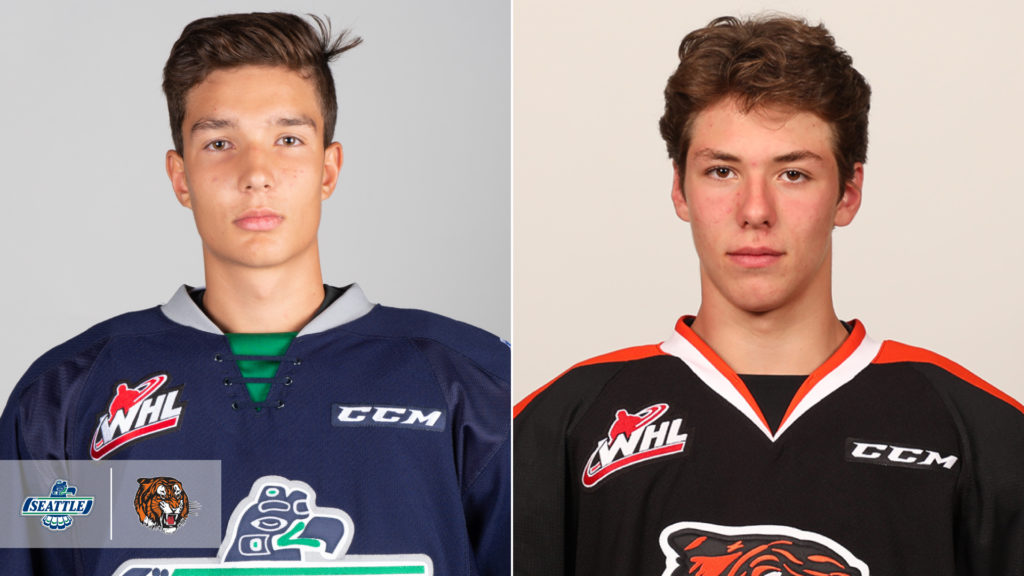 The Medicine Hat Tigers and Seattle Thunderbirds came together on a trade Friday, sending 17-year-old forward Henrik Rybinski to the U.S. Division.

“We feel we acquired a top end 17-year old that will help our group for this year and years to come,” said Thunderbirds general manager Bil La Forge. “Henry will join the team on our East Division road trip.”

As the Thunderbirds build for the coming years with their roster, Rybinski fits as a solid forward piece who could see his offensive game rise with more opportunity.

The Vancouver, B.C. product was originally selected in the second round, 34th overall, of the 2016 WHL Bantam Draft. Rybinski made his WHL debut September 22, 2017 with the Tigers and scored the first goal of his WHL career December 9, 2017 against the Regina Pats. The 6-foot-1, 176-pound forward has appeared in 77 WHL regular season games over the past two seasons with the Tigers, recording 17 points (4G-13A), including one power-play goal.

Rybinski had also appeared in nine games with the Coquitlam Express of the British Columbia Hockey League this season, posting 12 points (1G-11A).

The youngest of the three brothers was selected by the Thunderbirds in the fourth, round, 76th overall, at the 2018 WHL Bantam Draft. Playing with the Rink Hockey Academy Elite 15s, Aidan has 20 points (1G-19A) in 25 games this season. Like his older brothers, Brook will represent Hockey Manitoba before the start of his WHL career after he was named to the province’s team for the 2019 Canada Winter games in Red Deer, Alta.

“Aidan is a right-handed defenceman with good size and reach,” said Director of Play Personnel Bobby Fox. “He plays a physical game, defends hard, and makes a good first pass in transition. He has been identified as one of the best defenceman in Manitoba and will represent his province in February at the Canada Winter Games.”

We made a trade with the Seattle Thunderbirds for prospect defenceman Aidan Brook, a second round 2019 draft pick and a third round 2020 draft pick!
📄https://t.co/dF9tzBZknX #medhat #livebreatheorange #tigershockey pic.twitter.com/hCy0rqvRiC