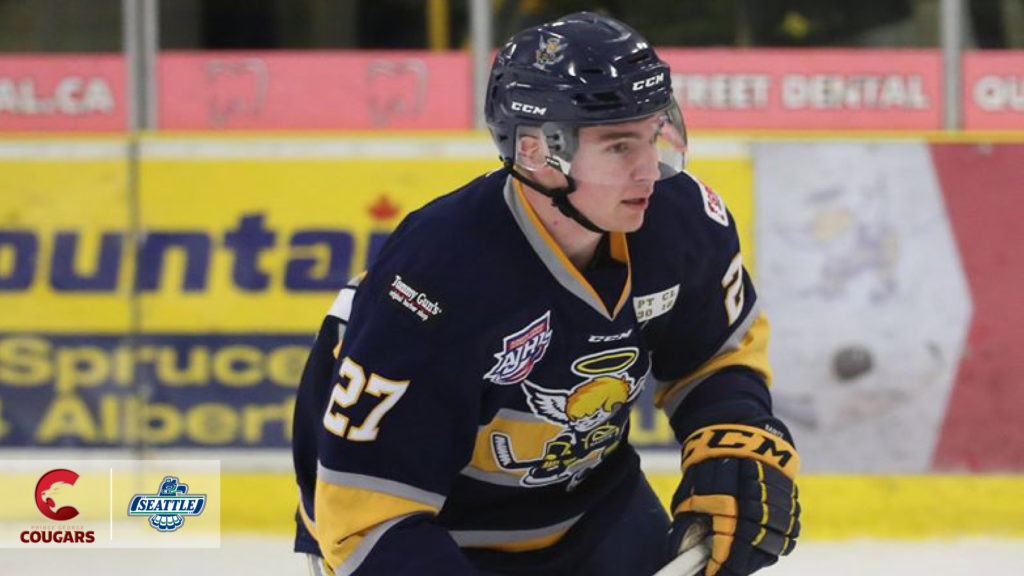 The Seattle Thunderbirds have acquired 18-year-old forward Stanley Cooley from the Prince George Cougars in exchange for a conditional fourth-round pick in a future WHL Bantam Draft, and an eighth-round pick in 2021.

“Any time we have a chance to add a player that has significant upside and help our team now and, in the future, we are going to exercise those options,” said Bil La Forge, General Manager of the Thunderbirds.

“We really believe in our development group with our coaching staff and Steven Goertzen. We feel this group makes joining the T-Birds a viable option for players to pursue their hockey careers.”

Cooley was originally selected by the Cougars in the third round (62nd overall) of the 2017 WHL Bantam Draft.

We’ve acquired a pair of WHL Bantam Draft selections from the Thunderbirds.#NorthernUprising | #WHL