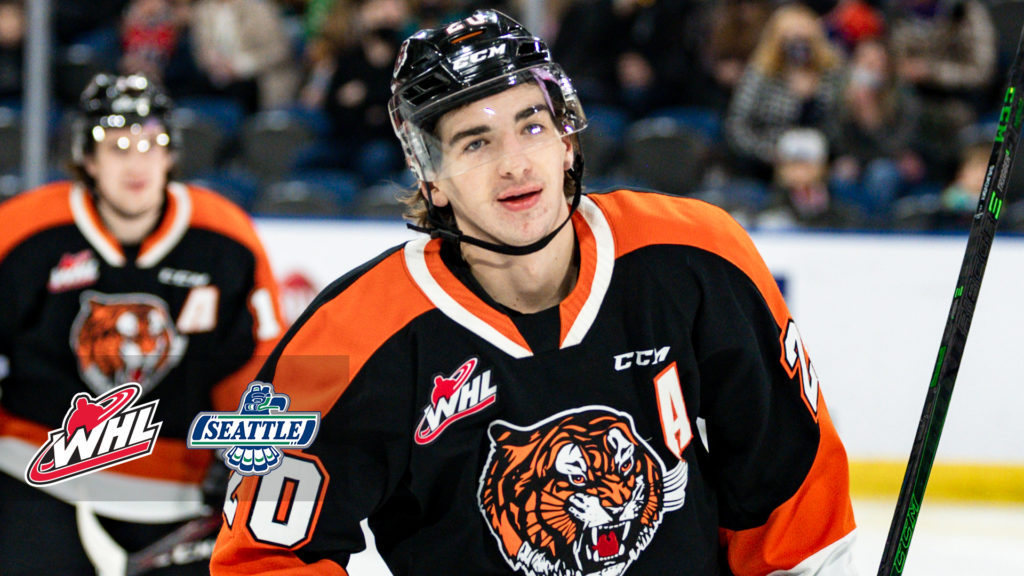 Pittsburgh Penguins prospect Lukas Svejkovsky has been dealt from the Medicine Hat Tigers to the Seattle Thunderbirds for a trio of draft picks.

The Clubs announced the deal Monday afternoon. In exchange for the 20-year-old forward, the Tigers receive a first-round selection in the 2022 WHL Prospects Draft as well as conditional picks in 2023 (second round) and 2025 (third round).

“We’d like to thank Lukas and his family for his time here in Medicine Hat. He is a skilled, dynamic player that played hard every night. We wish him all the best moving forward with Seattle and beyond,” said Tigers general manager and head coach Willie Desjardins.

Svejkovsky, who hails from Point Roberts, Wash., posted 30 points (13G-17A) with Medicine Hat this season, and was leading the Tigers in scoring through the first half of the 2021-22 campaign.

He was selected in the fourth round of the 2020 NHL Draft by the Pittsburgh Penguins, and won a WHL Western Conference Championship in 2019 with the Vancouver Giants.

TRADE | The Seattle Thunderbirds have acquired Lukas Svejkovsky from the Medicine Hat Tigers for a 1st round pick in 2022 and conditional picks in 2023 and 2025 pic.twitter.com/l9NdJxy0lD

The Medicine Hat Tigers have traded Lukas Svejkovsky to the Seattle Thunderbirds in exchange for a trio of draft picks.