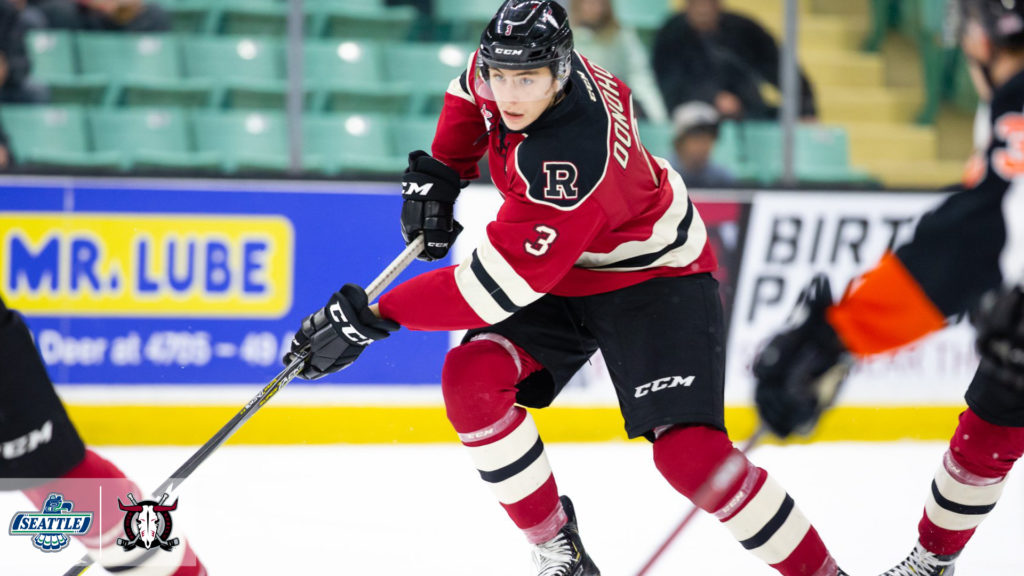 The Red Deer Rebels and Seattle Thunderbirds have struck a deal involving defenceman Hunter Donohoe and the rights to goaltender Louden Hogg and a conditional seventh-round pick in the 2020 Western Hockey League Bantam Draft.

Donohoe, a 6-foot-5, 205-pound rearguard from Surrey, B.C. will join the Thunderbirds squad in exchange for Hogg and the conditional pick.

“We are happy to bring in Hunter,” Bill La Forge, General Manager of the Thunderbirds said. “He is a player with WHL experience that will address our depth on the blue line.”

In 29 games in the 2018-19 WHL Regular Season with the Rebels, Donohoe recorded three assists and 21 penalty minutes. In his 79 career games with the Rebels, the 19-year-old collected eight points (3G-5A).

Hogg, a 16-year-old netminder from Cheyenne, Wyo. played in 29 regular-season games with Edina High last season and tallied a 2.09 goals-against average and .907 save percentage. 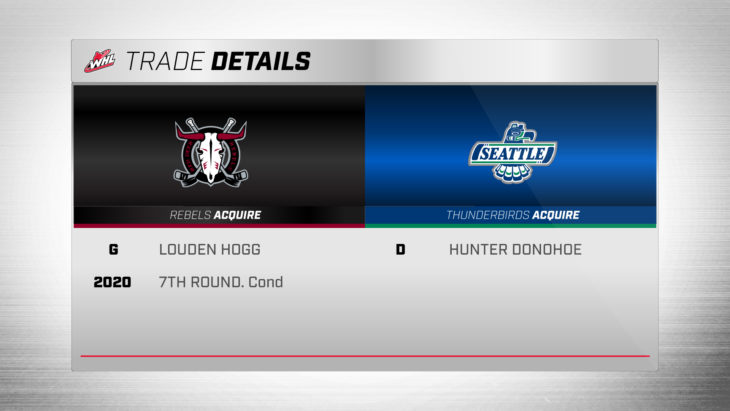