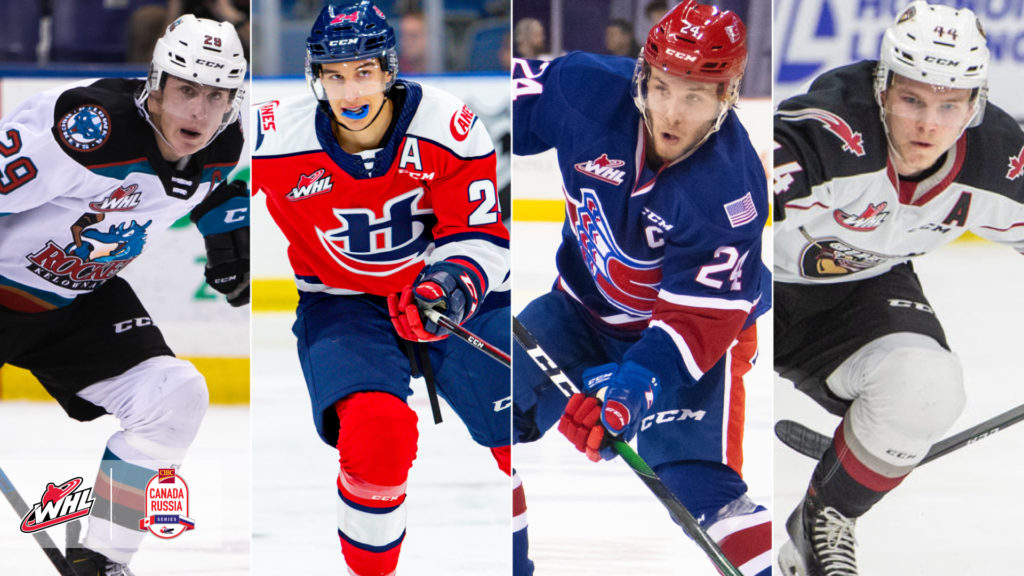 The 19-year-old Smith has served as captain of the Chiefs since the start of the 2018-19 WHL Regular Season and was chosen in the first round, 17th overall, by the New Jersey Devils at the 2018 NHL Draft. The first-overall selection from the 2015 WHL Bantam Draft was named the WHL and CHL Defenceman of the Year in 2019 and the WHL Scholastic Player of the Year in 2018. Smith won a gold medal at the 2017 Hlinka Gretzky Cup. He captained Canada to a silver medal at the 2016 Youth Olympic Winter Games and 2016 World Under-17 Hockey Challenge. The Lloydminster, Alta. product also captained Canada at the 2018 IIHF Under-18 World Championship and played for Canada at the 2019 IIHF World Junior Championship.

Byram, the fourth-overall selection of the Colorado Avalanche from the 2019 NHL Draft, will serve as an alternate captain for the event. The 18-year-old defenceman has 12 points (2G-10A) in 14 games this season and 110 points (34G-76A) in 152 WHL regular season games. He led all CHL defencemen in goals during the 2018-19 WHL Regular Season and led all players in scoring during the 2019 WHL Playoffs. A product of Cranbrook, B.C., Byram won gold at the 2018 Hlinka Gretzky Cup and earned silver with Canada Red at the 2017 World Under-17 Hockey Challenge.

Cozens, the seventh-overall selection of the Buffalo Sabres at the 2019 NHL Draft, has 17 points (10G-7A) in 13 games this season to lead the Hurricanes in scoring. He has recorded 155 points (67G-88A) in 141 WHL regular season games. Cozens was named the 2018 WHL Rookie of the Year and captured gold with Canada at the 2018 Hlinka Gretzky Cup. The Whitehorse, Yukon product earned silver with Canada Red at the 2017 World Under-17 Hockey Challenge and served as an alternate captain for Canada at the 2019 IIHF Under-18 World Championship.

Foote, the 27th-overall selection of the Tampa Bay Lightning at the 2019 NHL Draft, will serve as an alternate captain as well. Earlier this month, the 18-year-old Foote was named the 25th captain in Rockets franchise history and leads the team in scoring with 16 points (7G-9A) through 11 games this season. Foote has 154 points (75G-79A) in 180 WHL regular season games. The Engelwood, Colo. product won gold with Canada at the 2017 Hlinka Gretzky Cup and earned a silver medal with Canada Black at the 2016 World Under-17 Hockey Challenge.

The 2019 CIBC Canada Russia Series is supported by title sponsor CIBC, the Official Bank of the CHL, along with associate sponsors Kia Canada, Cooper Tires, and Kubota Canada. All games will be broadcast nationally on Sportsnet and TVA Sports.