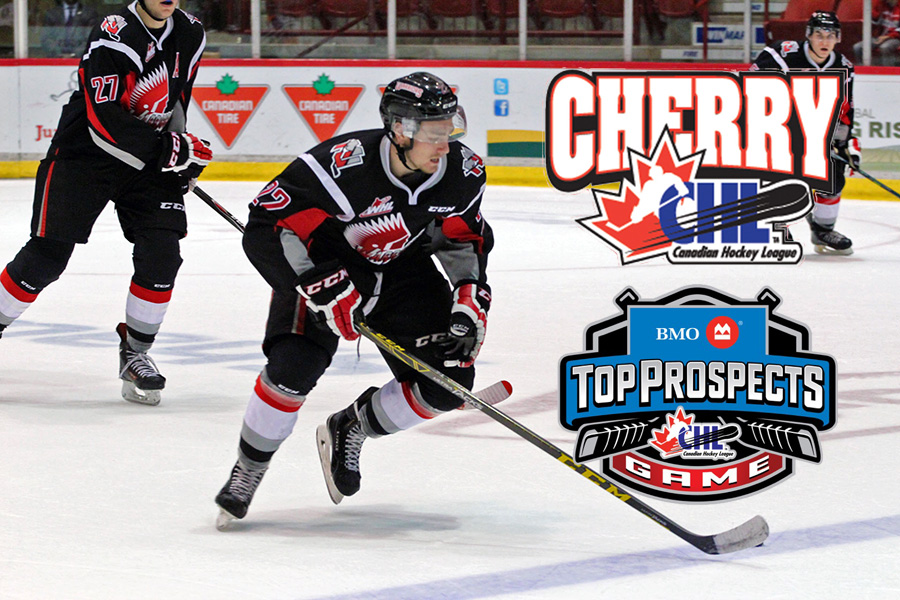 Starting as low as $19, tickets can be purchased online at VancouverGiants.com or TicketLeader.ca. You can also buy tickets by calling the Vancouver Giants office (604-4-GIANTS) or at the Pacific Coliseum box office which is open Monday through Friday from 9:00am-5:00pm.

This season: Third in points among WHL rookies (43)…tied for the WHL lead in powerplay goals (12)…is third in Warriors scoring behind Dryden Hunt and Brayden Point…has scored twice in a game five times this season…recorded a career-high four points (1-3—4) on Nov. 6 at Saskatoon…collected 16 points (9-7—16) in 13 November contests…recent strong performance featured two goals including the game winner in 5-1 win at Calgary on Jan. 22.

Personal: Grew up playing in the Beaumont Minor Hockey Association…credits his father Colin, who played in the WHL from 1987-91 before a brief ECHL career, for always being there to talk about the game and discuss things…favourite school subject is social studies…favourite NHL player is Alexander Ovechkin…favourite team is the Edmonton Oilers…best NHL memory is Edmonton’s 2006 Stanley Cup run…best playing memory was his first WHL overtime goal against Seattle on Nov. 28, 2015…toughest player to play against that he has faced is Prince Albert defenceman Dalton Yorke…favourite WHL road arena is Xfinity Arena in Everett…favourite musicians are Justin Bieber and Drake…favourite movie is Wolf of Wall Street…favourite athlete is basketball player LeBron James…enjoys playing the drums… minor hockey highlights include winning the Alberta Cup in 2013 and leading the AMHL in scoring in 2014…is the son of Colin (business owner) and Elise (teacher) Gregor…has one brother, Liam (19) and one sister, Ava (14).

NHL Central Scouting says:  “Solid two way center with skill and smarts – excellent on the penalty kill; never gives up on a play while back checking and is responsible to stay with his check – battles hard in all areas, strong skater that does a lot of the hard work for line mates.”

BROADCAST: Thursday’s action can be seen across the country at 7:00pm MST/6:00pm PST on Sportsnet, TVA Sports and NHL Network.