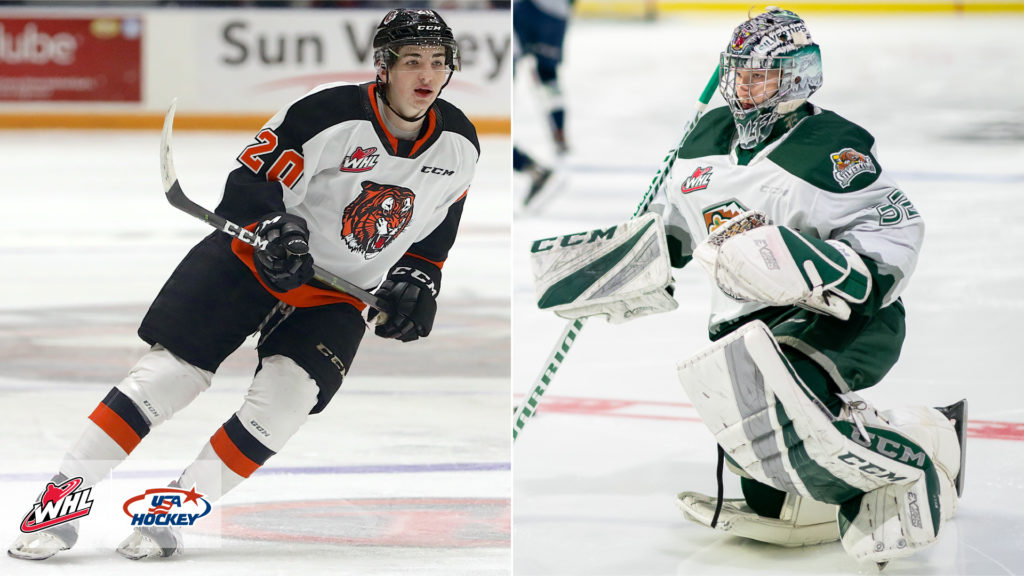 USA Hockey announced the 39-player camp roster on Tuesday afternoon. The camp is part of the evaluation process in selecting the U.S. National Junior Team that will compete in the 2021 IIHF World Junior Championship, which is scheduled to take place December 25 through January 5 in Edmonton, Alta.

Svejkovsky, 18, enjoyed a career campaign in 2019-20, splitting time between the Vancouver Giants and Medicine Hat Tigers. The highly-skilled product of Point Roberts, Wash., recorded 10 points (5G-5A) in 18 games with the Giants before a midseason trade sent him east to the Gas City where he racked up 28 points (13G-15A) in 34 games, bringing his season total to 38 points (18G-20A) in 52 games.

Originally selected by the Giants in the second round (36th) of the 2016 WHL Draft, Svejkovsky has skated in 119 career WHL regular season contests, accruing 64 points (27G-37A) along the way. He was also a member of the Giants team that advanced to Game 7 of the 2019 WHL Championship, contributing 13 points (4G-9A) in 22 playoff appearances.

As for Wolf, the 19-year-old prospect of the Calgary Flames carried on the tradition of dominant Silvertips netminders after laying claim to the Del Wilson Memorial Trophy as WHL Goaltender of the Year for 2019-20. Going 34-10-2-0 with a 1.88 goals-against average, .935 save percentage and nine shutouts, Wolf was also named CHL Goaltender of the Year for his efforts.