Svejkovsky & Longo move through to Round 3 of Memorial eCup 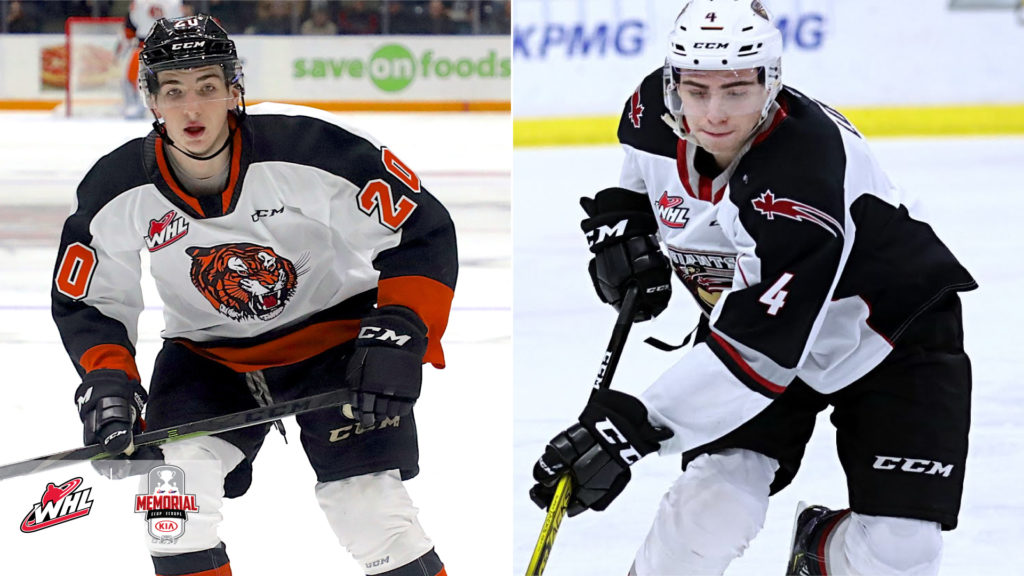 Sunday afternoon action in the CHL Memorial eCup presented by Kia saw two WHL players move on to Round 3 of the inaugural eSports tournament, as Lukas Svejkovsky of the Medicine Hat Tigers and Trevor Longo of the Vancouver Giants continued to find success.

Booker Daniel and the Tri-City Americans opened the scoring, but Justin O’Donnell and the Sarnia Sting responded with three straight strikes en route to a 7-3 victory in Round 2 of the CHL Memorial eCup on Sunday.

Daniel didn’t go away easily though, responding valiantly in the second period of play. With only 1.6 seconds to go in the middle period, Daniel found the back of the net to draw within one, making it a 4-3 game after 40 minutes of play.

The third period saw a late power-play seal the deal for the Sting.

Not the result we wanted but great game, thanks to everyone behind the scenes that could make the tournament happen! @StingHockey @CHLHockey @TheWHL @TCAmericans

The Hamilton Bulldogs roared out to a 3-1 lead in the first period, including two goals from Jan Mysak, paving the road to a decisive 8-2 triumph over Luka Burzan and the Brandon Wheat Kings.

Burzan got scoring from Cole Reinhardt and Ridly Greig, but unfortunately it was not enough as the Wheat Kings were eliminated from the Memorial eCup.

It’s better to have gamed and lost than to have never gamed at all 🎮.

Tough 8-2 loss means the @BulldogsOHL move on to the 3rd round of the @KiaCanada Memorial eCup.#KiaCHLeCup

Lukas Svejkovsky and the Medicine Hat Tigers continue to jockey for position as tournament favourites following a big 5-1 win over the Saskatoon Blades on Sunday afternoon.

Svejkovsky, a prospect of the Pittsburgh Penguins, scored with his own player twice to pace the Tigers into the third round of the Memorial eCup presented by Kia.

Rhinehart received a big penalty shot save from goaltender Nolan Maier, and got a goal from Braden Plaschewsky, but it wasn’t enough to keep up with the high-flying Svejkovsky.

Salute to @Rhinehart16 for a great battle vs. @tigershockey Lukas Svejkovsky. Rhino’s journey ends after a 5-1 loss in Round 2 🥱

Trevor Longo and the Vancouver Giants scored with 11.2 seconds remaining in regulation, breaking a 2-2 tie to defeat Allan McShane and the Oshawa Generals to advance to Round 3 of the Memorial eCup presented by Kia.

Longo initially built a 2-0 lead on the Generals, but watched as McShane scored the tying tally with only 57 seconds to go in the third period. Patience and poise paid off, as Longo found the back of the net with some nice puck movement to end the game in regulation.

Carter Murchison and the Rouyn-Noranda Huskies slowly chipped away, and eventually put away Ty Yoder and the Victoria Royals via a 4-1 win in Sunday evening action in the Memorial eCup presented by Kia.

Murchison built a 2-0 advantage before Yoder found the back of the net with River Fahey to make it a 2-1 game after 40 minutes of play. But try as he might, Yoder was unable to find the equalizer in the third period as the Huskies added two insurance markers.

What a great effort by @ty_yodes in the #KiaCHLeCup & thank you for representing our club!

Best of luck to Carter Murchison and the @HuskiesRn the rest of the way! https://t.co/86ThQe50yI

Next up on the Round 2 schedule for the CHL Memorial eCup presented by Kia, we have one WHL Club in action on Tuesday, December 8 as Zack Hayes and the Prince Albert Raiders take on the Baie-Comeau Drakkar. Watch all the action on the WHL’s Twitch channel.