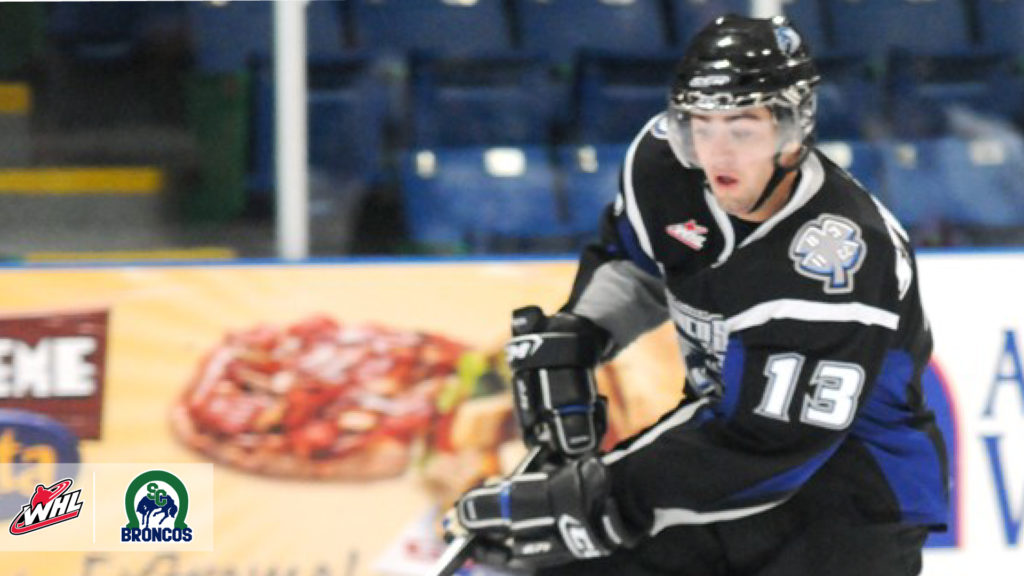 Claffey spent 4 years with the Broncos, the last 2 as captain of the club; he will join former Bronco Spencer McAvoy on defense for the X-Men who finished the season with an 11-12-5 record in the Atlantic Conference.

Stickland came to the Broncos at the trade deadline in 2009, will head to the defending CIS champion St. Mary’s Huskies who defeated Travis Yonkman and the University of Alberta in March to win their first CIS championship.

Head Coach and General Manager Mark Lamb is pleased for both players. “It’s great for Michael and Derek to be able to further not only their hockey career but to use the WHL Education program to attend great academic schools. Playing in the Maritimes is a great experience; we wish them the best of luck and congratulate them on their commitments.”